It’s been a month since Russia’s invasion of Ukraine and investors are preparing for a much longer conflict than initially anticipated. The development of oil prices affects the performance of the markets, both because of its impact on inflation or the possible repercussions on monetary policy, as well as because of its impact on economic growth. On Thursday, a barrel of Brent crude is trading with little change around $121.

European stock exchanges fell by about half a percentage point. The Ibex Index is down 1.87% on Wednesday, ending the first month of the war with a decline of 1.3%. So far this year, the Spanish stock market index is down 4.4%, with limited losses compared to the German Dax, which is down 10%, or the French Cac, which is down 8%.

Today the Nikkei rose 0.25% after a session that was dominated by losses that were erased on Friday by a timely rally in US futures.

Within Ibex, Siemens Gamesa, Red Eléctrica and Acerinox climbed to the best positions while the worst part is IAG, CaixaBank and Cie.

Yesterday, stock markets suffered sharp declines due to a rebound in oil prices, which rose more than 5% after Russia announced that All oil exports will be charged in rublesand gas. This Thursday, the price of a barrel of Brent crude is slowing down: it is down 0.2% and stands at $121.36. White House National Security Adviser Jake Sullivan said Wednesday that the United States and its allies have made progress in nuclear talks with Iran, although it remains unclear whether a deal will eventually be reached. The agreement with Iran and the lifting of sanctions could change the situation in the oil market, with a sharp increase in supply, reducing pressure on prices.

See also  The 5 most viral news of the week

The market is fully aware of the potential new sanctions on Russia that EU leaders will discuss today at the Council in Brussels which will be attended by the President of the United States, Joe Biden. On the table will be the US proposal to try to stop Moscow with a ban on oil and gas exports, a measure that does not have the unanimous support of the European Union, and which even great powers such as Germany reject. European leaders’ meetings are also seeking to agree on measures to mitigate rising electricity and gas prices.

In addition to the European Council, NATO summits are also held to ratify measures already agreed upon, as well as the G7 meeting.

Bond yields continue to rise amid signs that the Federal Reserve can accelerate monetary tightening, with further interest rate hikes. 10-year treasury rates are up to 2.35% and the two-year treasury is trading at 2.14%. 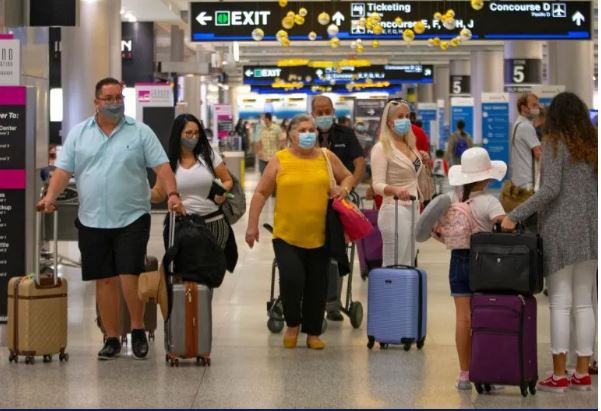