The pandemic has generated consequences all over the world. One of them is Deepening the gap between health systems in Latin America and developed countries. The health crisis that arose in the region was the result of several factors, such as Inefficiencies in health systems and low public spending on healthwhich was lower than that of European countries and member states of the Organization for Economic Co-operation and Development (OECD)”, noted a study prepared by Latin American Federation of the Pharmaceutical Industry (FIFARMA), prepared by Wefor.

This analysis, called “The Environment on COVID-19 Policies and the Importance of Health Economics in Latin America”, aims to Collecting data and percentages of the situation experienced by patients in the region during the pandemic, indicating how to improve economic management in the face of this type of situation.

according to Pan American Health Organization (PAHO)in Health Economics Such as The function of the health system that deals with the mobilization, accumulation and allocation of resources to meet the health needs of the population, both individually and collectively, within the health systemIn this regard, Wifor, an independent economic research institute based in Germany, has assessed the impact of the epidemic in Brazil, Argentina, Peru, Chile, Mexico and Colombia, in relation to “first world countries”. 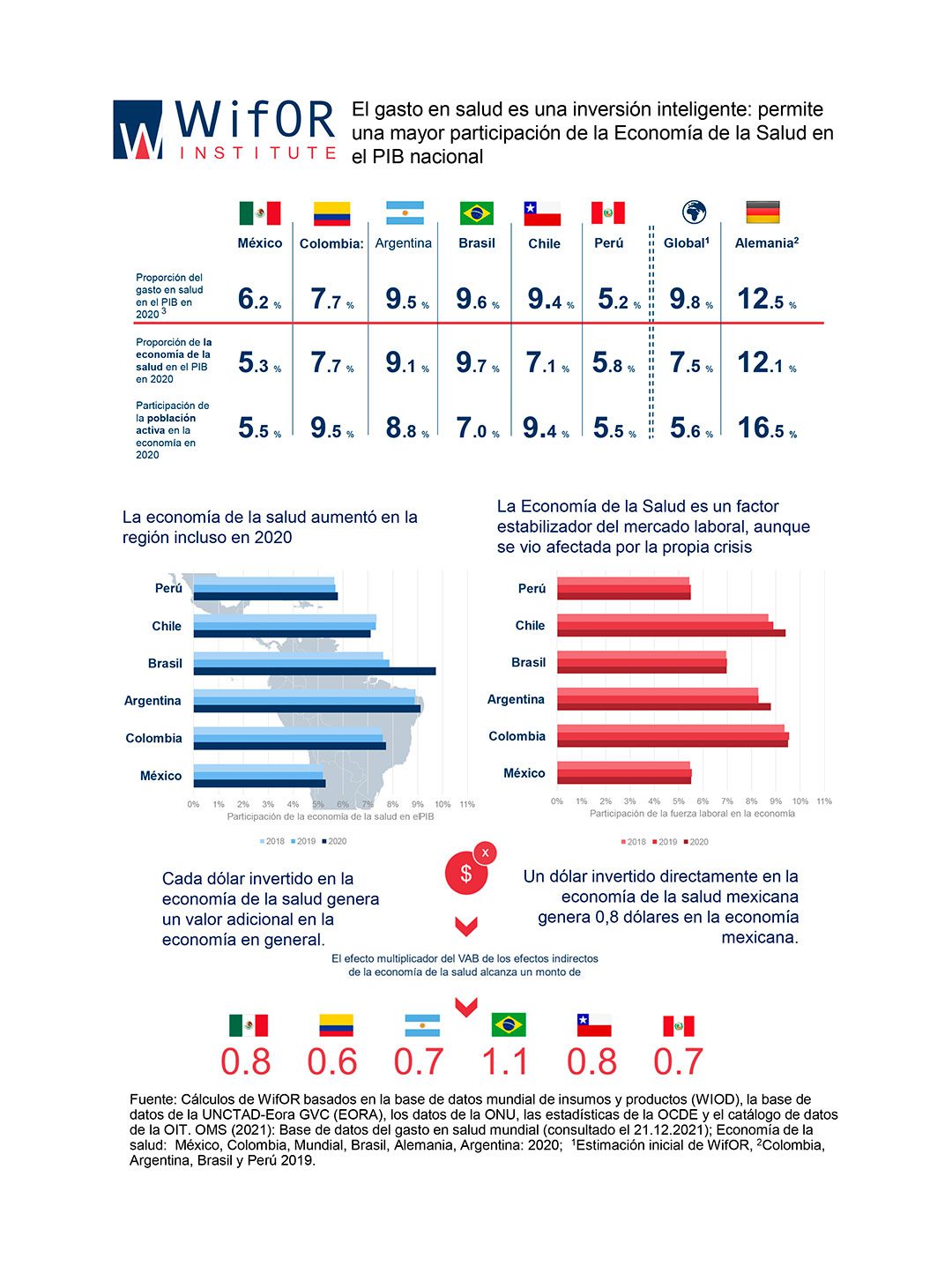 The document reveals the differences between the two realities. While countries such as France have public health spending of 8.8% of GDP, the United Kingdom 8.0%, Spain 6.5%, and OECD countries 5.8%; In Latin America, where Argentina and Chile were the best qualified, they reached 4.9%. It is followed by Colombia 4.1%, Brazil 3.8%, Peru 3.3%, Mexico 3.1%..

On the other hand, when analyzing The relationship between residents, doctors, nurses, hospitals and family in intensive care units (ICU)Latin American countries also showed shortcomings. “Although there are significant differences between different countries, and in some cases there are more doctors than nurses, the overall average Latin America 2.0 doctors and 2.8 nurses per thousand populationwhich is below average OECD countries with 3.5 doctors and 8.8 nurses. . as detailed, France is the country with the best standing, with 3.3 doctors and 11.5 nurses per thousand inhabitants. 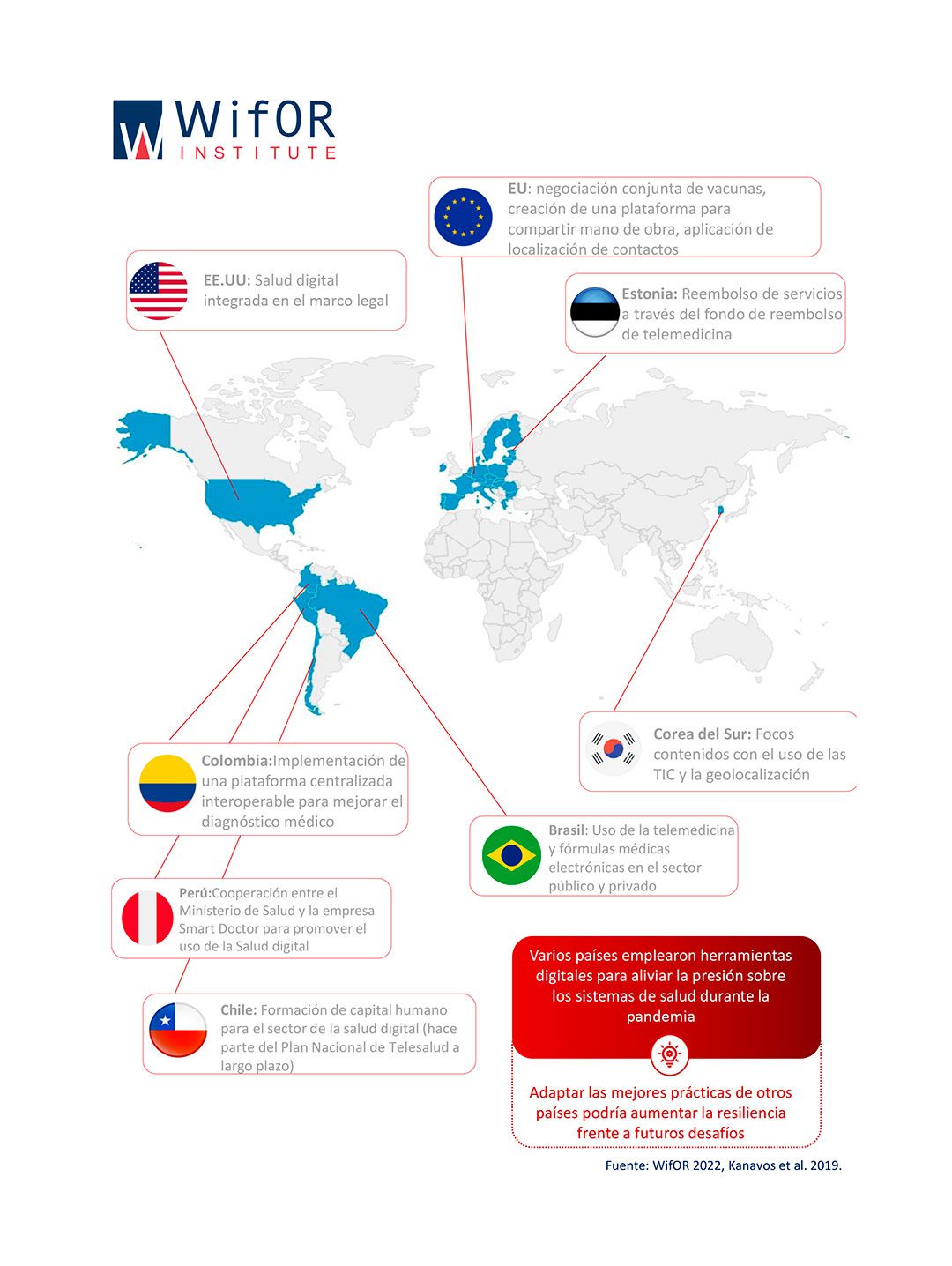 “The The pharmaceutical industry in the region is underdeveloped It also affected the management of the epidemic, “they emphasized in the survey issued in the past few hours and highlighted:”While the global pharmaceutical market revenue share exceeded 45% and 20% for North America and Europe respectively, in Latin America it accounted for less than 5%“.

See also  Easter 2022: What does IMSS recommend for health care during the holiday period

They also pointed out that The added value produced by the pharmaceutical industry in Latin America was close to 5%, while in the United States it was 21% and in the European Union about 36%.. “In terms of research, the differences are significant: 70% of pharmaceutical research and development companies are in Europe and the United States, and only 1% are in Latin America.“It is time to see health as an investment in Latin America, as a mediator of economic growth, wealth and employment rather than a cost to society,” he said. Janth JhaAnd the FIFARMA CEO. 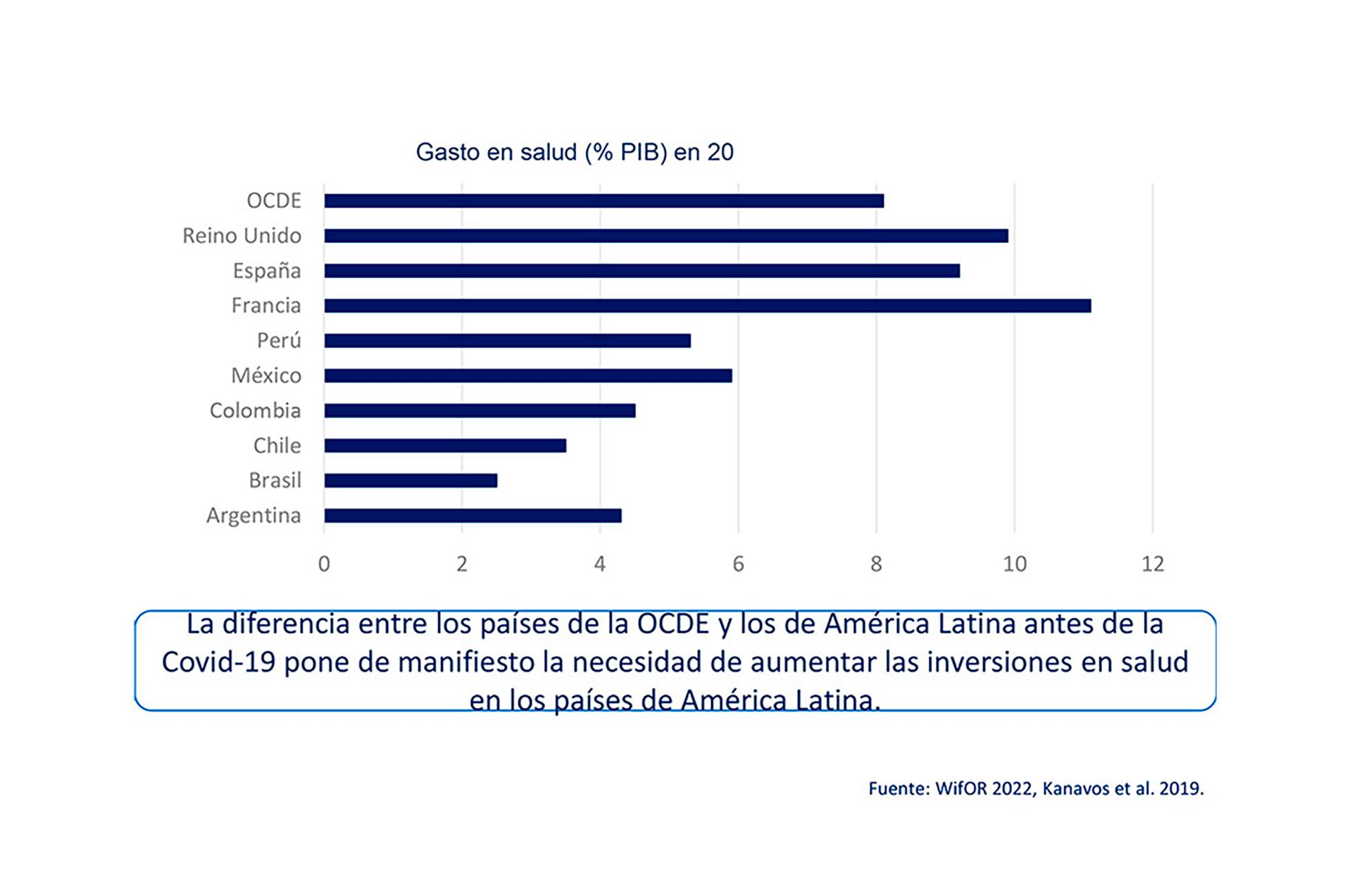 Looking to the future, the document highlighted that “The potential for growth in a healthy economy is great.”As “the sector contributes to the gross domestic product and generates millions of direct and indirect jobs in our countries.” To illustrate this with examples, the survey confirmed that this region in Brazil accounts for 9.7% of GDP and provides 6.8 million direct jobs and 3.2 million indirect jobs. While in Colombia it represents 7.7% of GDP and creates 2 million direct jobs and 200 thousand indirect jobs; In Chile, more jobs (9.4%) are generated than construction (8.5%) and education (8.9%). They noted that “every dollar invested in the healthy economy generates additional value in the economy as a whole.”

“The concept of health as an investment may translate into an increase in public spending on health, the strengthening of research and innovation in the pharmaceutical industry in Latin America and regional capacities for the production of vaccines and medicines.They concluded by noting the potential for job creation and market growth in the healthy economy and the public economy.

Why Argentina sets itself an international benchmark in clinical trials
Why the US health system, one of the most advanced in the world, has collapsed under the weight of COVID-19
Which countries have the best and worst health systems in the world?