Although it seems almost impossible,piece‘It is already entering its final stretch. But don’t worry, we still have Several years ahead of the manga. Yes, the last chapters were rather hectic and gave us quite a few fights, innuendos, twists and a new partner…and New look of Luffy.

And as he revealed himself, Ichiro Oda, I was very clear about the tone I wanted to achieve Luffy Gear Fifth Where did the inspiration come from?

Be careful, there are spoilers for One Piece manga!

No serious fights, thanks


This new transformation marked a before and after in history, with the powers of Luffy’s Devil Fruit endowing him The push he needed to defeat Kaido.

Some fans are somewhat skeptical about the new powers of Luffy, allowing him to do things like become a giant and turn not only his body but also everything he touches into rubber. This leads to the fact that fights can be completely insane, but it is According to Oda, the most important thing is that it was fun too. 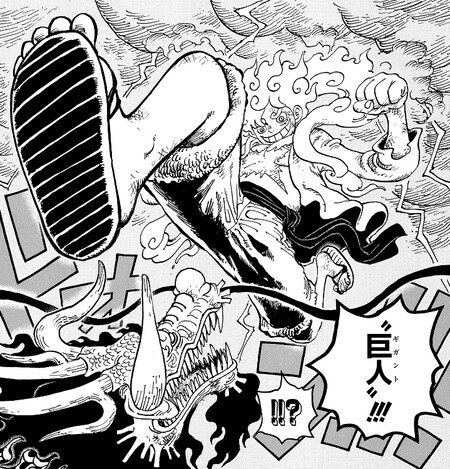 “I drew this game a little bit with the idea that it’s okay if people don’t like it,” Oda said. “I wanted the fights to have a sense of humor. Since I was an assistant, I lost the expressions that were emblematic of the manga. For example, putting on a light bulb when a character is thinking, or making a character’s legs go in circles like the wheels of a car when it is running.”

As Mangaka explained, he wanted to restore that feeling somewhat cartoon With exaggerated elements to add more humor to the battles. In fact in the joint interview with Gōshō Aoyama, Oda revealed that youHis inspirations for the tune of Gear Fifth were specifically the classic cartoonsEspecially in Tom and Jerry.

Oda explained, “The concept was more like I suddenly drew ‘Tom and Jerry.’” Manga battles became more and more serious to connect with fans, and I always hated this trend. I don’t want to change [‘One Piece’] In a serious manga, I want it to be fun. That’s why I drew this, and I had a lot of fun doing it.”