After several weeks of profit, sales arrived. The impetus was the Federal Reserve’s meeting minutes, which show that the central bank Aims to accelerate the rate of reduction in debt purchases And even expect price increases, calculated at three, but start in the middle of the year. This negatively affects investor sentiment. The Ibex index lost about 1.5% at the opening Thursday, Spain’s Three Kings Day, up to about 8,650 points, after Wall Street closed the previous day down 2% in the case of the S&P and more than 3% in the Nasdaq. The increases in debt yields in the face of messaging from the Fed were the last straw for this technology.

There is no value for ibex to escape losses. Among the Spanish companies most exposed to sanctions are tourism companies, with Amadeus leading the declines (-2.74%). Melia cedes 2.3% and IAG leaves 1.5%. In other sectors, Cellnex fell more than 3% and Siemens Gamesa fell 2.3%.

Investors are also getting out of debt because the market is betting on investors US interest rates will rise at least three times this year and faster than expected. theThe 10-year US Treasury yield (which moves inversely with the price) reached its highest level since March at 1.724%. The Spanish 10-year bond offers 0.613%.

For its part, the dollar rose 0.2% against the euro to stand at 1.129 dollars per European currency. In Asia, the Nikkei in Tokyo closed 2.88% lower and the Chinese Composite Index fell 1%.

The minutes of the Federal Reserve’s Federal Open Market Committee (FOMC) meeting in mid-December indicate that the central bank is considering withdrawing its monetary stimulus sooner and more quickly than investors expect in principle. In addition, Fed members now expect three hikes in official rates compared to the one previously predicted.

Technology stocks, which have reached very high valuations after two years of sharp increases, are most affected by investor nervousness. The Nasdaq 100 index fell 3.12% on Wednesday, the largest decline since March, amid doubts about its ability to maintain strong growth rates. Investors fear that tightening monetary policy in the United States will lead to a global economic slowdown and with it the ability of companies to maintain rising revenues.

From Link Securities, they explained that these companies “deduct in their assessments significant future growth of results,” whose present value is “reduced by increasing the discount rate used,” a rate that is calculated using the so-called “risk-free rate” and is usually a return The bond with a maturity of 10 years.They noted that “in the event of such a rebound, the valuations are corrected downward.”

In China, too, investors are selling stakes in technology companies, especially after the government’s new offensive on the sector, which it considers to have amassed a lot of strength in recent years. This week, the Chinese market regulator announced a new round of antitrust fines against big tech companies such as Tencent and Alibaba as part of Beijing’s crackdown against these groups.

In addition, the omicron variant of Covid continues to expand and some countries are increasing restrictions in an effort to stem the rate of infection. Italy has approved mandatory coronavirus vaccination for those over 50, while Japan will again impose working hours and other restrictions in several regions in the south.

And in the commodity markets, the price of a barrel of Brent oil fell 0.9% to about $ 80, after three sessions on the rise. 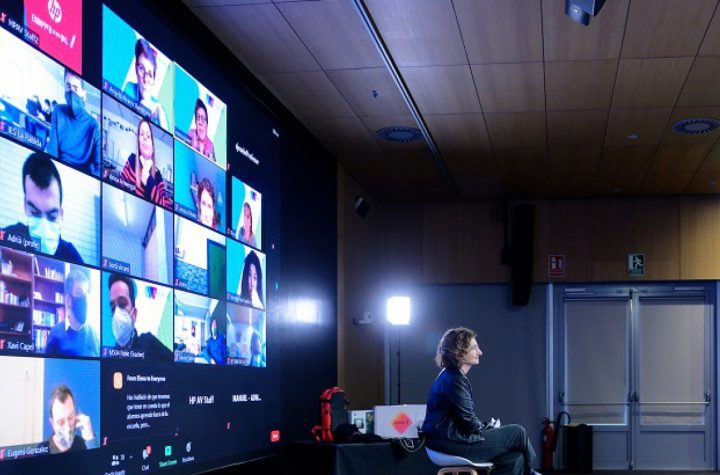