Mobilization began at the headquarters of the Graduate Center, as protesters marched to the Constitutional Court to demand approval of reforms to the Basic Law on Intercultural Education (LOEI), which includes benefits for students and teachers in the public. sector.

Young people used the space to express their support for people who are continuing their hunger strike for 18 consecutive days in front of the court, awaiting his announcement of a full presidential veto over the amendments to the LOEI.

In the extreme measure called by the National Union of Teachers (UNE) that has already caused harm to the health of some strikers, teachers, university students, representatives of social, vital and women’s organizations and parents of students.

The president of UNE, Isabel Vargas, and the president of the Union of University Students in Ecuador, Mauricio Chiluisa, are part of the striking group in Quito, while in Guayaquil other teachers and students are doing similar work.

Today the Central University, the Faculty of Philosophy is fighting here so that victory in the future is also ours, as emphasized by one of the participants in the mobilization.

On behalf of the strikers, Lisbeth Compal, president of the UCE School of Professional Social Sciences Association, said: “We were hungry, but mainly for justice, for the court to certify a right that Ecuadorian teachers deserve and that has been snatched away for years.” 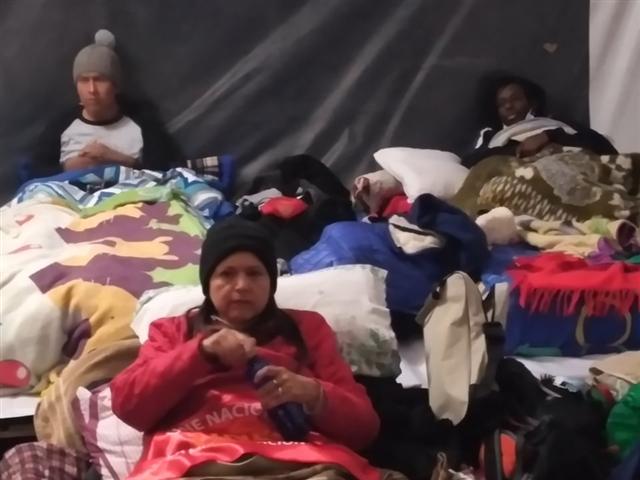 Likewise, he warned that the student body today defends the LOEI, but that one day it will come out to control the country and the streets in defense of the Basic Law for Higher Education.”

“We are weak, we have various complications in our health, and we are far from our family because of an arrogant government that prefers to invest in the police and armed forces and discriminates against teachers in our country,” said Neri Francisco Padilla, of the College of Philosophy.

Russia says that NATO chose confrontation on all fronts