Holy Mother of Creator Have you ever imagined you’d see pictures of Mars from its surface, and better yet, give it a few laps in exploration? Well, thanks to the Curiosity rover that NASA sent to the Red Planet, we were able to see images that we could never have imagined, and really close, not so red.

Curiosity was launched from Earth on November 26, 2011 and landed at Gale Crater on Mars on August 6, 2012. He has been working on this planet for 9 Earth years.

Through her Twitter account, NASA’s rover assumed that it traveled 26.3 kilometers during these nine years, climbed to more than 460 meters in height and collected 32 samples of perforated rock. This was one of the first images the probe took of Mars upon its arrival.

The Curiosity rover is the largest robot to land on another planet, practically the size of a small off-road vehicle. Its large 20-inch wheels allow it to roll over rocks and sand without getting stuck, but in just a day’s drive it moves 660 feet, just over 201 metres.

In addition to looking for traces of water and components that would have allowed life to exist, the rover also measures radiation with the goal of designing missions that are safer for humans. Curiosity is equipped with 17 cameras, some for taking pictures and others as eyes to keep out of danger.

One of the cameras, at the end of his two-meter arm, is working on taking selfies. 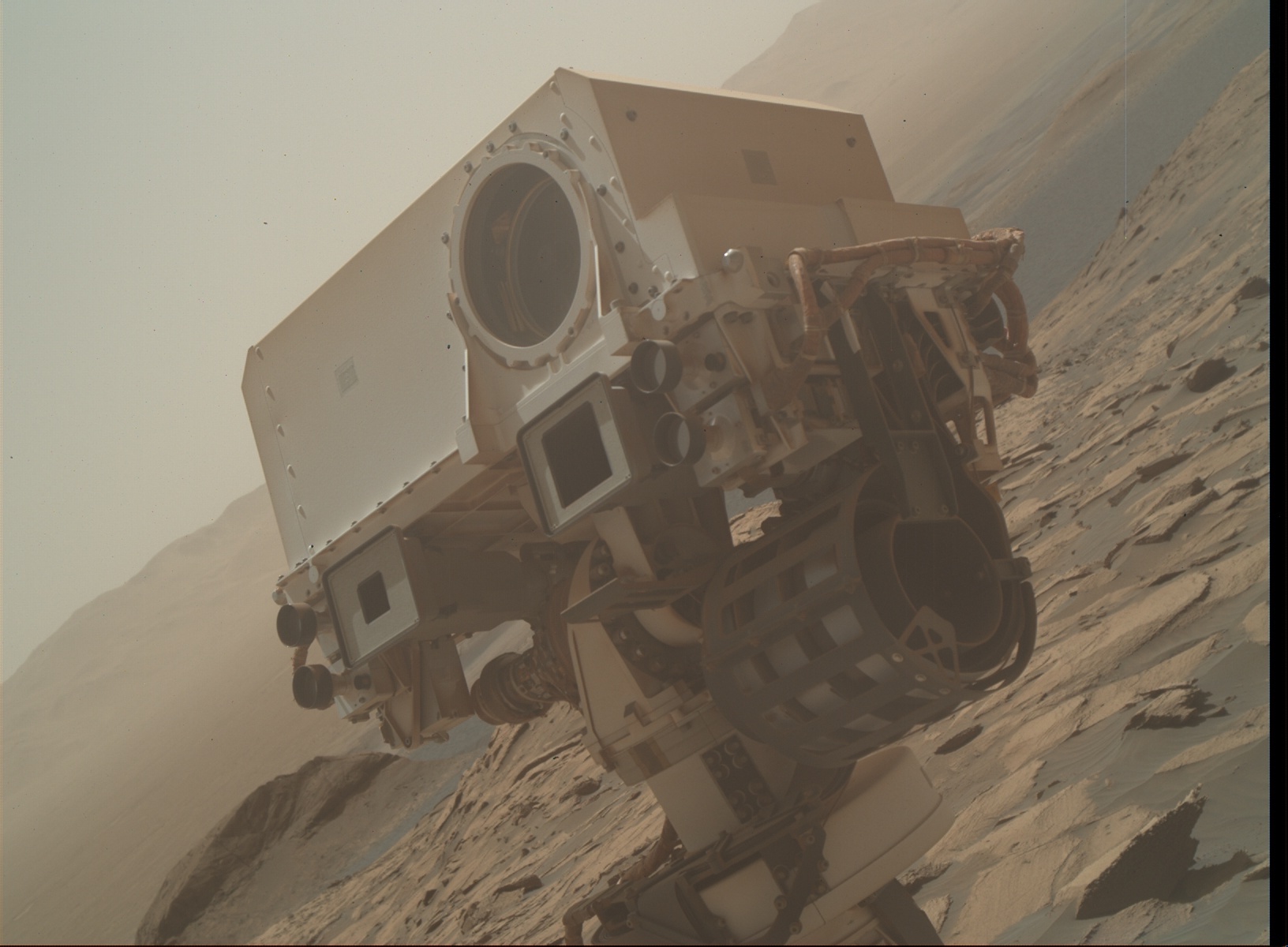 What is the shape of Mars? Amazing

Through her Twitter account, Curiosity shares really cool images of Mars, and here we leave you some of them.

On July 3, the rover took a photo as it climbed Mount Sharp, an 8-kilometre-high mountain. Since it was winter at that time, the sky was not so dusty and you could see a clear picture of Gale Crater.

“The changing landscape can give an idea of ​​how dry this ancient lake is‘, he explains.

This is another selfie that Curiosity took to celebrate 9 years on Earth on Mars. 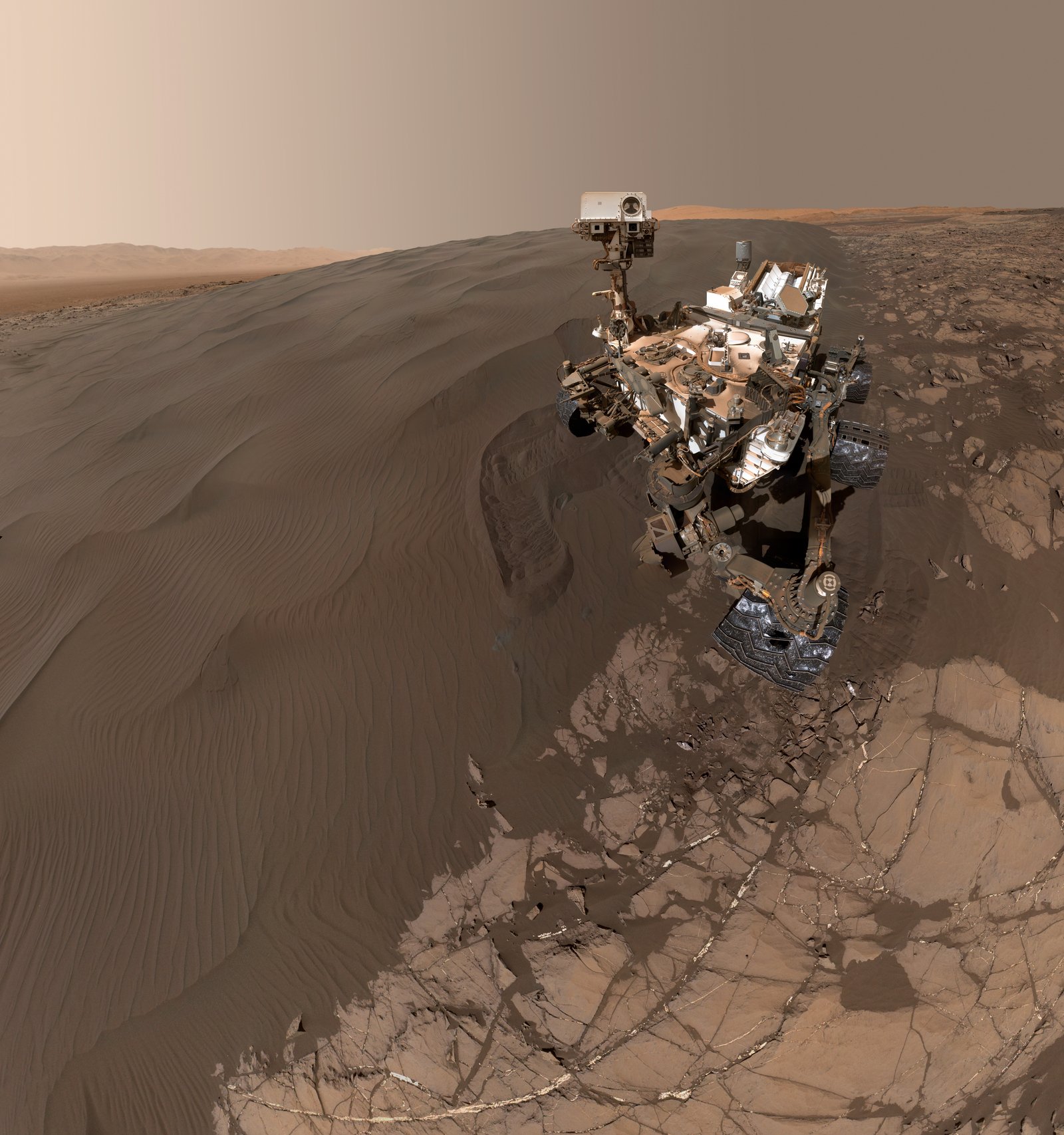 This is a photo taken at Gale Crater, in an area rich in mud. Everything seems to indicate that salt water in the past may have altered the history of the layers below the surface. 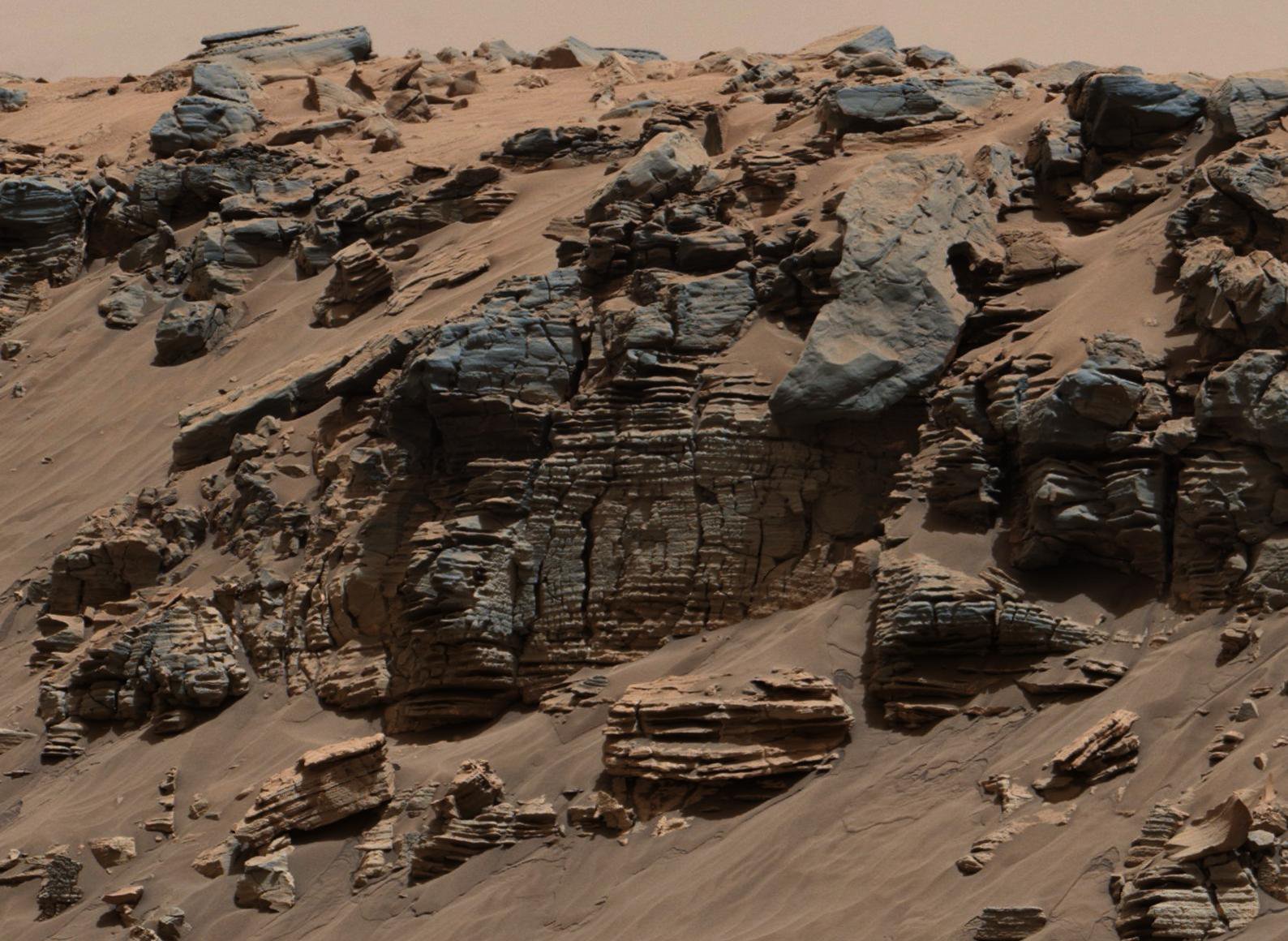 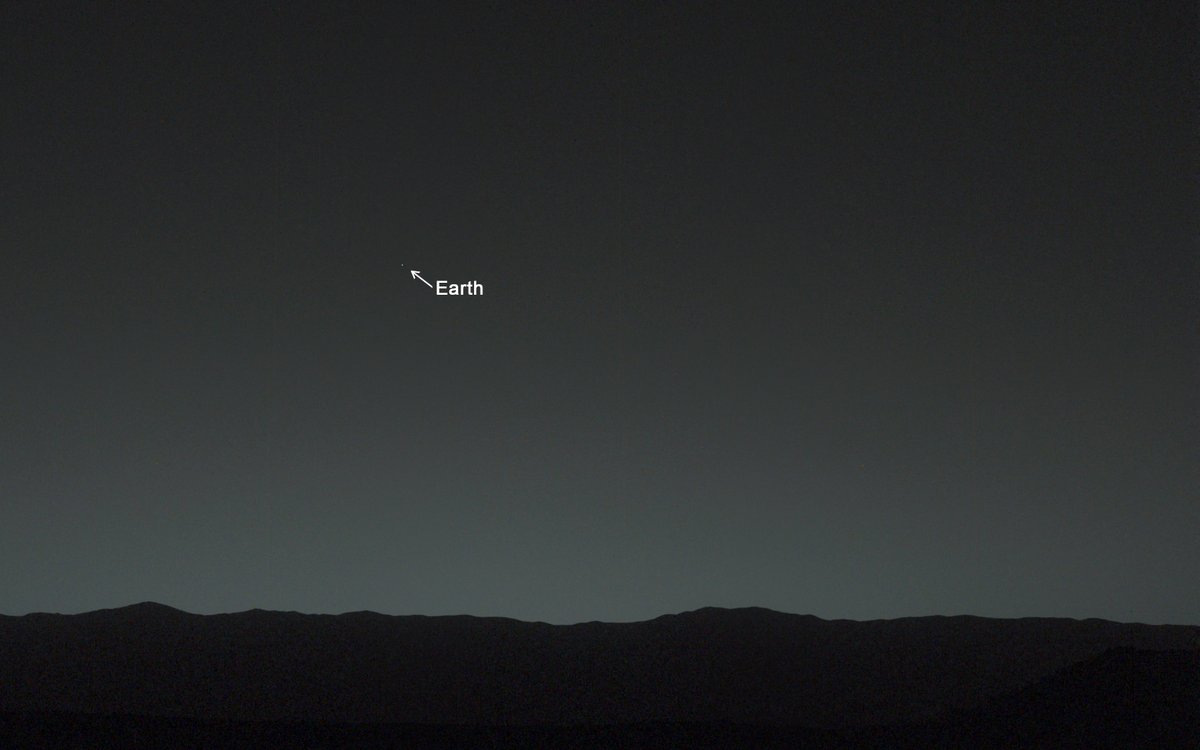 This is what a cloudy day looks like on Mars. There is a bit strange because the atmosphere is very thin and dry.

Do you see that little hole on the surface? Before going to Mars, Curiosity packed a drill bit in its bag that has been used to drill at least 32 holes in the Martian lands so far. From there it collects samples for metal and chemical analysis.

While Curiosity’s analysis tools adjust the sample for sample analysis, the cameras are still on and paying attention to their surroundings. 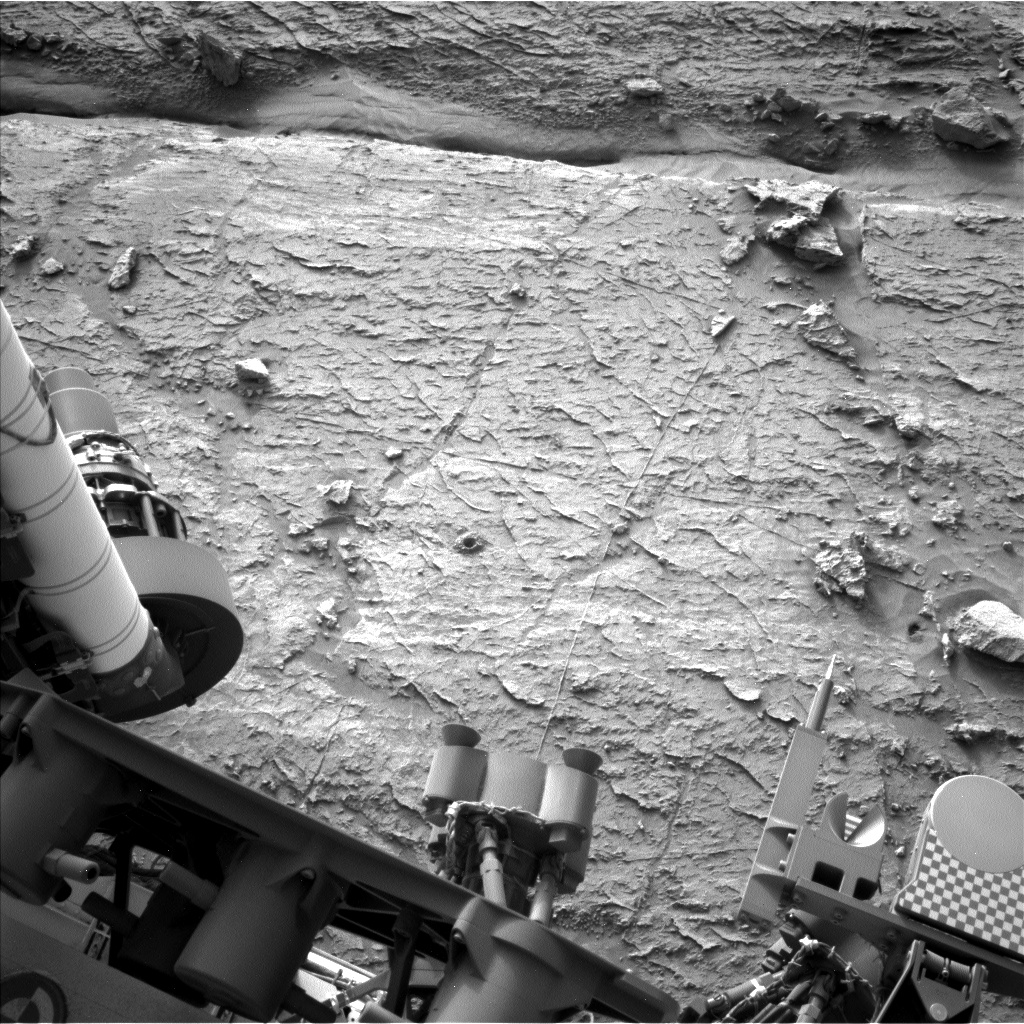 The first robot NASA sent to Mars was the microwave-sized Sojourner in 1997. It sent more than 550 images back to Earth and completed its mission 85 days after arriving.

Next, the twins Spirit and Opportunity were dispatched in 2003 and as part of the Mars exploration mission. The two were the size of a golf cart but they landed – did they crash? On opposite sides of Mars.

Spirit took the first color photos of a craft on another planet and found many signs of water, almost like its twin Chance.

He finished his last The mission of no return at the end of February 2019 in the Valley of Perseverance. Spirit ended its operation in May 2011, nearly a year after losing contact with Earth.

Curiosity landed on Mars in 2012 and Perseverance landed on the red planet on February 18, 2021 at Jezero Crater. It is the fifth expedition vehicle.

Perseverance is the most technologically advanced and is designed to traverse the surface and extract evidence of life in the past, as well as capture high-quality audio and video. “Hello World. The first look at my forever homeThe Perseverance account was published upon his arrival to Mars. 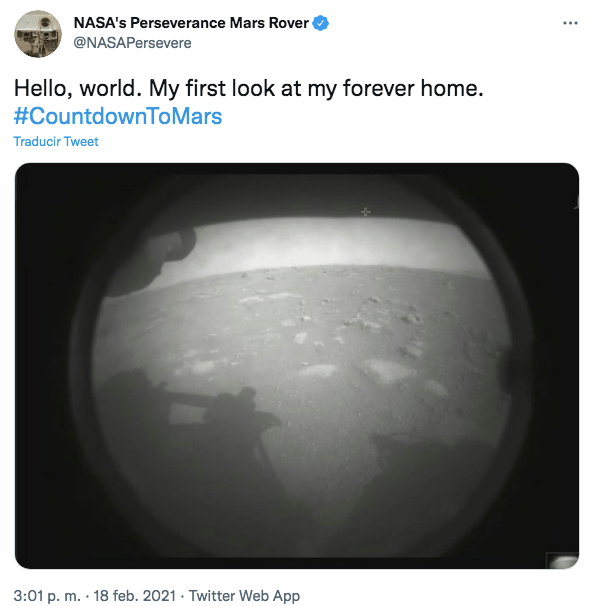 I’m kind of obsessed with rocks. I hit this with everything: photography, x-rays, ultraviolet, infrared, and works. I can’t wait to sample it.https://t.co/MYw9RoDbGj pic.twitter.com/Wdx6vdBheQ

Weaving Dreams, the Mental Health Project, has arrived in Cali