A study by experts from the Consolidated Research Group (GRC) showed that the waters of the beaches of San Sebastian, Nova Icaria and Levent, the three in Barcelona, ​​are the most concentrated of microplastics floating on the Catalan coast. ) at Marine Geosciences, College of Earth Sciences From the University of Barcelona (UB), in collaboration with the Spanish delegation of the NGO Surfrider Foundation Europe. In the study, data were taken from 14 sites on the Catalan coast and checked for contamination with small particles from various plastic products, as well as concentrations in some of the most protected areas and at times of the year with the largest humans. Presence.

This new study into the quantities and properties of microplastics on the Catalan coast was made possible by a citizen science initiative in which volunteers collected nearly 25,000 microplastics in special nets that were towed by motorless boats.

The results of this work have been published in the journal Environmental Research Lettersin an article explaining that in the shower areas there is a large amount of microplastics whose presence is subject to great fluctuations in both spatio-temporal terms.

“The average concentrations we found near the coast are higher than those found previously outside bathing areas. In the first case, we detected much higher maximum concentrations—more than six plastics per square meter—and more frequent over time. Additionally, At some points and times of the year, explains professor and researcher Anna Sanchez Vidal, researcher and co-author of the study, on order of magnitude the averages found in the Mediterranean and on a global scale.”

The project has also helped demonstrate that “citizen science is a very useful and powerful tool for investigating marine pollution, while empowering citizens with scientific knowledge,” concludes Sanchez-Vidal.

The large amounts of microplastics detected at specific points indicate, according to the authors, that “there must be processes that tend to concentrate or retain the plastics near the coast.” Some explanations have been proposed in the article, such as differences in meteorological and oceanic conditions; The greatest impact of floods is during times of heavy rainfall; The proximity of densely populated urban areas with significant seasonal tourist flow, or the concentrated effect of areas limited by breakwaters or harbors.

“Beaches, such as Mar Bella or San Sebastian, in Barcelona, ​​for example, are usually more protected from wind and waves by these constructions and can retain and accumulate more microplastic particles than exposed areas, indicating residence time.” Explains William B. De Haan, University at Buffalo researcher and first author of the article. In this sense, the points where the most microplastics were discovered were the beaches of San Sebastian, Nova Icaria and the east, all in the Catalan capital.

In addition, the researchers also identified potential seasonality. “We have observed that in areas such as Llançà or Castelldefels, there is a downward trend between January and February, possibly due to the effect of surface currents and winds reducing floating plastic particles, and an upward trend just before and after the summer months,” confirms William B. De Han.

The first data on this type of research on microplastics on the Barcelona coast was published in February 2020.

The study not only identified the abundance of microplastics, but also provided a detailed description of the size, colour, shape and composition that can help identify the source of microplastics, which is necessary to suggest solutions to the increasing presence of plastics in the marine environment.

The results showed that foams and filaments – which for example come from food packaging and fishing activities – made up nearly 11% of the plastics they collected. However, the vast majority of plastics have been identified as splinters and slabs, possibly caused by the breakage of larger pieces of plastic.

All of this information, from the physical properties of microplastics to the concentrations in each sampling area, can be consulted on a website with different visualization tools to make study results more accessible to the community.

From Llanca to L’Ametlla de Mar

The research began from samples collected over a period of seven months, from October 2020 to June 2021, by volunteers from 14 entities across Catalonia. From Llançà to Ametlla de Mar, these volunteers are coordinated by the Surfrider Foundation Europe. “There was a great deal of participation, which confirmed that citizen science is a tool with great potential for monitoring and studying the impact of plastic on the marine environment,” explains Maria Ballesteros, Head of Volunteering at Surfrider, Spain.

On a weekly or biweekly basis, volunteers sailed for about an hour using surfboards, kayaks, or other paddle boats. The boats attached to the aft carried a net designed by the researchers to collect microplastic particles larger than 0.3 mm. The route coordinates were recorded using a mobile device and the Wikiloc app to document longitude, latitude, time and transport distance. The collected plastics were then sent to the UB laboratory for analysis. “We were surprised by the large amount of high-quality data of great scientific relevance obtained in a relatively shorter time and with a relatively lower budget compared to other similar scientific projects,” highlights Ana Sanchez-Vidal.

Surfrider also appreciates the collaboration with UB and the GRC team on marine geosciences: “Projects involving research centers and the community are key to continuing the search for solutions to the ocean plastic problem,” recalls Maria Ballesteros.

The next step of the project is to analyze whether the trends discovered in this research have been maintained over time, what specific factors lead to the differences detected and how the concentration of microplastics is evolving in the short and long term.

With these goals on the horizon, the Citizen Science project will continue in the coming months thanks to funding from the Spanish Foundation for Science and Technology (FECYT). In addition, the sampling areas will extend to the Basque Coast. “This will allow us to understand a little better the dispersal mechanisms and properties of microplastics in two well-differentiated regions: a highly populated area in a semi-enclosed sea in the western Mediterranean and a relatively sparsely populated area, but with significant fishing activity in the Atlantic Ocean” , concludes Ana Sanchez Vidal in an information note from UB.

Here is a visual test 2022 | What do you see first in the picture? Your answer will reveal if you are brave | Psychological test | Viral test | personality test | Viral Challenge | Facebook | Mexico 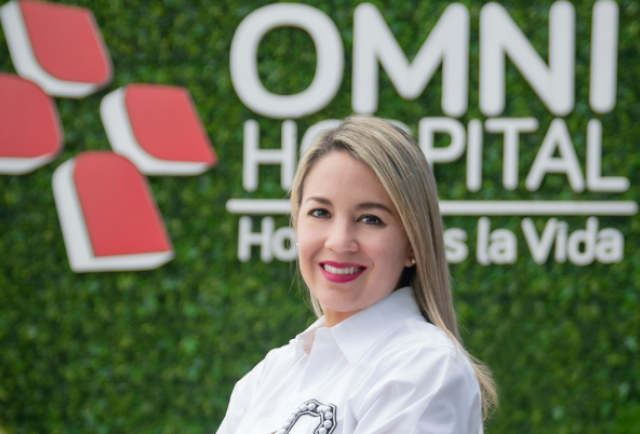