Beijing (AFP) – China is facing the worst outbreak of the epidemic, which has prompted the authorities to isolate millions of residents and prepare beds for emergency hospitalization, which has put the health system, especially in Shanghai, under pressure.

The country is implementing a “zero covid” strategy of doing everything possible to avoid more cases, which means testing large parts of the population and isolating thousands of people in private centers or hospitals.

As a result, the Shanghai Health System, the main epicenter of this wave due to the omicron variant, is expanding its capacity to the maximum to ensure at the same time testing and isolation of infected and treatment of patients without COVID-19 disease.

The following is a list of the main challenges facing China:

As of mid-March, 1.2 billion people had received at least two doses of vaccines, or 90% of the population.

So far, only half of the Chinese have received a booster dose.

An additional difficulty is protecting the older population. In the group of people over 80 years of age, only half received two doses.

In mainland China, at the moment, only Chinese vaccines are allowed, although the authorities have given the green light under certain “conditions” to use the Paxlovid pill from the pharmaceutical company Pfizer.

According to many studies, Chinese vaccines are on average less effective than other compounds, although they provide protection against severe diseases.

China’s health system has improved in recent years, but it is understaffed and an aging population.

According to the Ministry of Health, China has only 2.9 general practitioners per 10,000 people. By comparison, the UK has the same number of doctors per 1,000 people.

In addition, there are areas that are better supplied than others.

Researchers from the prestigious Peking University have warned that the country could face a “massive outbreak” that would lead to the collapse of the health system if restrictions were relaxed, as Europe and the United States have done.

The difference between country and city

Although poverty in the country has decreased in an astonishing fashion in the past decades, there are still very noticeable differences between cities and the countryside in terms of healthcare.

Modern medicine, the most experienced doctors and the best institutions are located in the big cities where residents have a choice of options between public centers and private clinics.

The health system and the “zero covid” strategy

Shanghai is the most developed city in the country, so it was surprising that it is facing many difficulties in the face of the health crisis and there are problems in finding beds to isolate the infected.

According to the authorities, there are 130,000 beds available or will be in the coming days.

Nearly 40,000 have been installed in the Shanghai National Exhibition and Convention Center.

In most cases they welcome asymptomatic people.

Confined city dwellers, on the other hand, complain about lack of access to fresh food and emergency hospital care.

According to the Chinese press, at least two people with asthma have died after not receiving hospital care for not getting a negative coronavirus test.

About 38,000 health professionals and 2,000 military personnel from other parts of the country were sent to Shanghai to help with health care and food distribution. 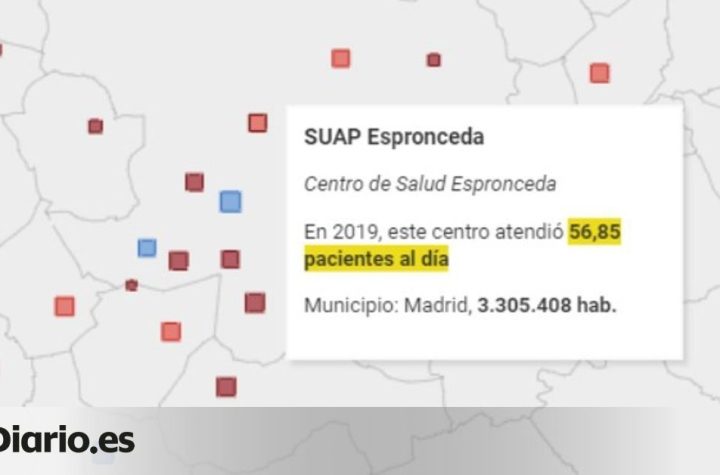 Salud Chamberí: The emergency room of the Espronceda Health Center will reopen without doctors