burning Fossil fuels (coal, oil, and natural gas) are the main source of both air pollution and greenhouse gas emissions. that drive climate change. Studies have found that infants, fetuses and children are particularly vulnerable to exposure to air pollution and climate change. Due to the frequent correspondence between different exposures to fossil fuels, their interactions and cumulative environmental impacts are of increasing concern.

A United Nations report released earlier this year detailed how the climate crisis threatens human well-being. But, Now, a document has been published in New England Journal of Medicinerefers to a highly vulnerable group whose health is most at risk.

All children are at risk, but the brunt falls on the socially and economically disadvantaged. Protecting children’s health requires that health professionals understand the multiple harms that climate change and air pollution cause to children and use available strategies to reduce these harms. 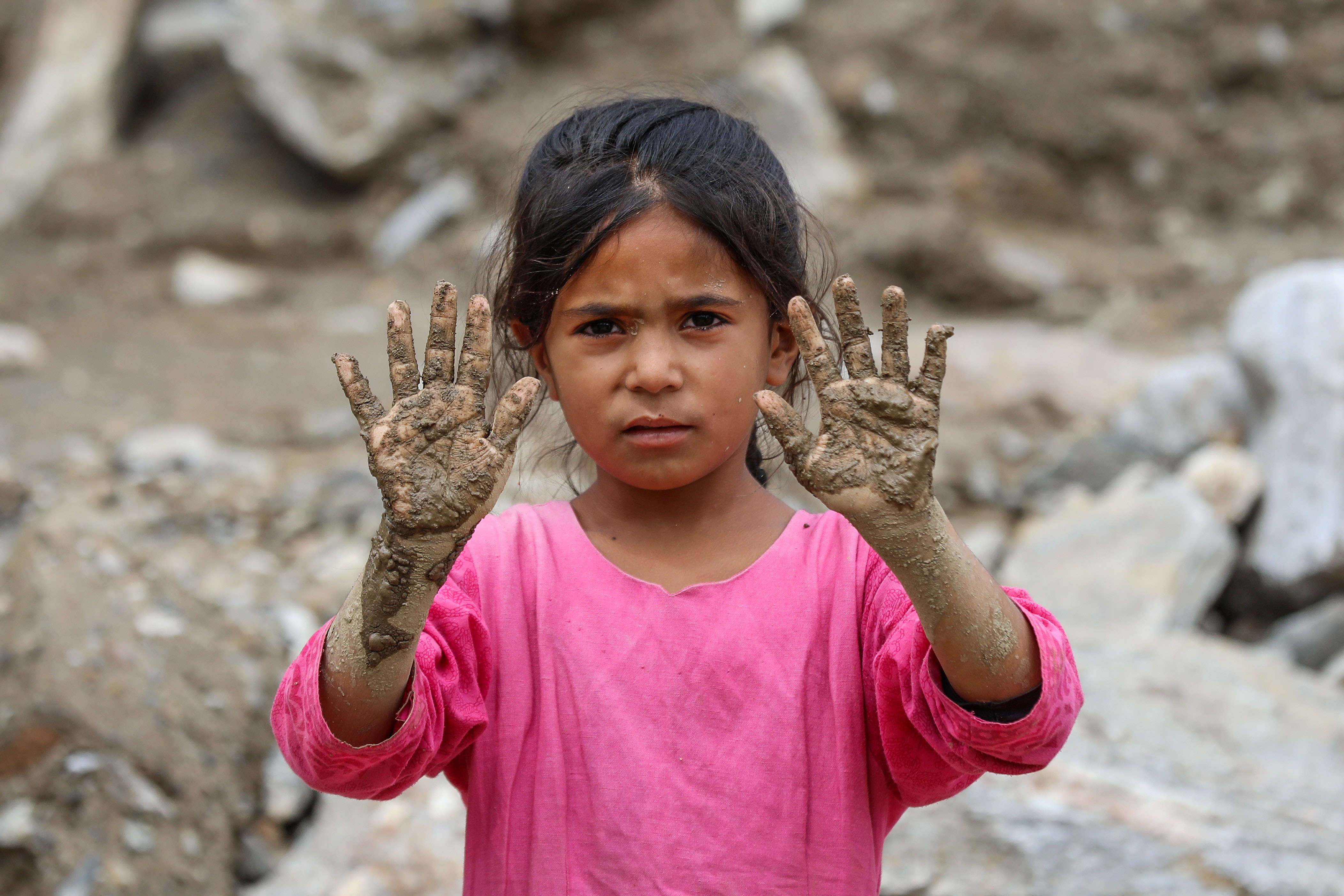 “All children are at risk, but the heaviest burden falls on the socially and economically disadvantaged (EFE/EPA/HEDAYATULLAH AMID)

Specialists highlighted the severe damage caused by climate change and air pollution to children, through them Reviewing a large body of research. The authors provided some guidance on what they believe clinicians can do in the face of these “significant and growing” health risks, according to the report.

Health professionals It has the ability to protect children be concerned by screening to identify persons at high risk for associated health consequences; Educate them, their families, and others more broadly about these risks and effective interventions; and advocate for powerful mitigation and adaptation strategies.

The article summarizes a wealth of data on the effects of both air pollution and climate change Powered by fossil fuels, for children’s health.Of particular concern are the cumulative effects of air pollution and climate change on mental health.”commented Frederica Pereiralead author of the review article and founding director of Columbia Children’s Environmental Health Center. 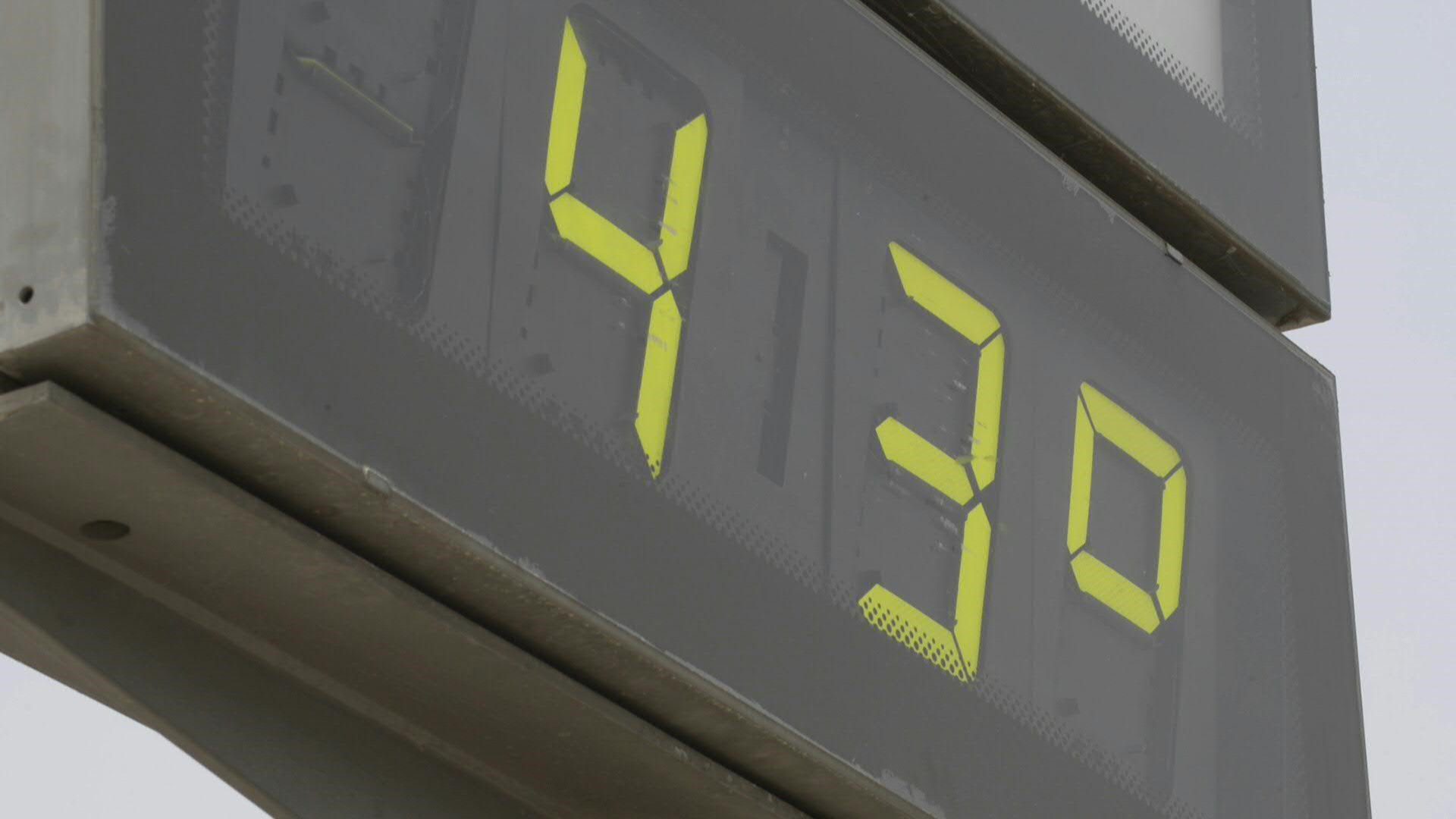 exposure to natural disasterswhich is becoming more frequent as a result of climate change, in early childhood not only Increases the “short-term risk of mental disorders, but also It confers a permanent susceptibility to anxiety, depression, and mood disorders in adulthood.” Pereira noted. Even indirect exposure to air pollution and disasters related to climate change, for example through the news, can lead to stress and other mental health problems.

The article cites surveys that found nearly 60% of young people are “concerned” or “extremely concerned” about climate change. For his part, Pereira is worried “Mental health effects on children that have been linked to both fossil fuel threats.” Its burning caused a parallel air pollution crisis due to the release of small airborne polluting particles known as PM2.5. 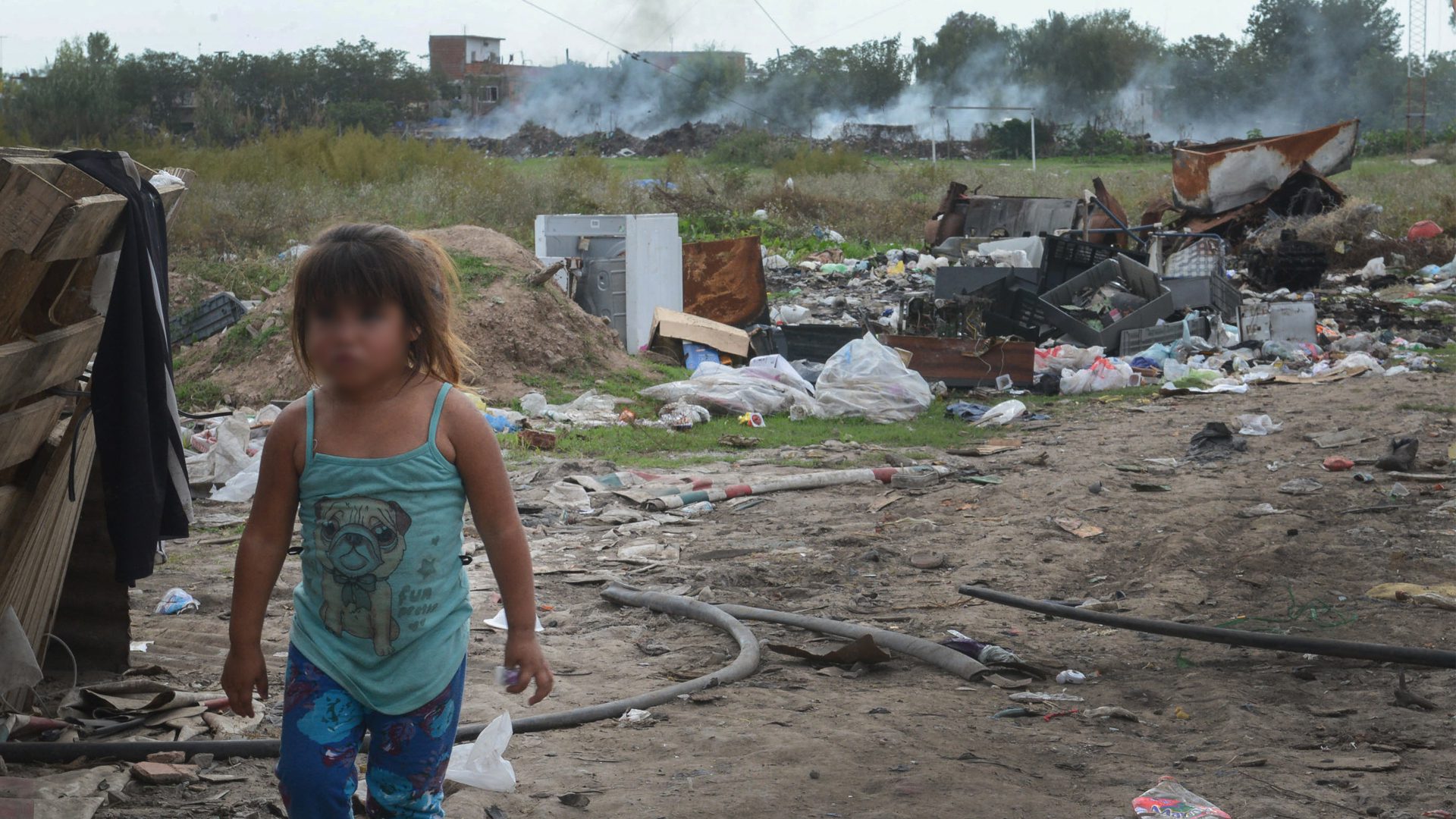 There are social impacts of climate change such as diseases associated with rising temperatures or respiratory difficulties exacerbated by air pollution: these particularly affect minority communities or people with fewer economic resources. (Fernando Calzada)

Exposure to air pollution, whether during development in the womb or after birth, increases the risk of medical problems for children. Some of these potential concerns include Premature birth and low birth weight, increased asthma problems, intellectual disabilities, cognitive and attention disorders such as attention deficit hyperactivity disorder (ADHD), and mental health problems such as depression.

See also  Latin American health systems are on alert: the pandemic has widened the gap with developed countries

In their analysis, the scientists emphasized that in London, children who were exposed to higher levels of air pollution were more likely to develop major depressive disorder when they reached adulthood. “Concurrent exposure to weather hazards and unsafe air quality is common,” Pereira added.

At least according to the report 850 million children, about 1 in 3 worldwide, suffer from four or more climate threats such as severe droughts, floods, air pollution and water shortages. As the number of environmental hazards increases, they are likely to encounter many health problems that are compounded by one another. 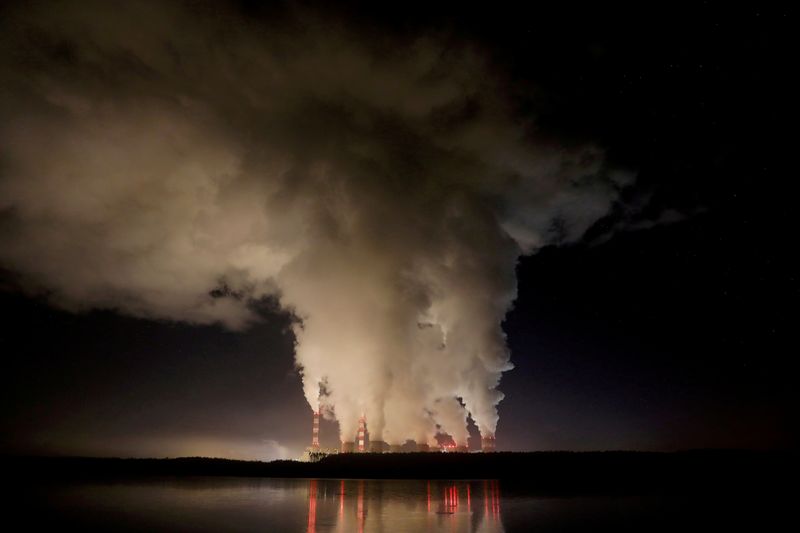 Specific groups of children are particularly at risk from climate change and related air pollution problems. What worried Pereira the most about his findings was “Recent data shows that those who live in low-income communities of color are more vulnerable to the toxic effects of air pollution and the effects of climate change.”

For example, in a world with a global temperature of 2°C, a third of black children are likely to live in areas with high diagnoses of asthma, often due to nearby sites of air pollution, such as oil fields or factories. Low-income communities of color are more likely to live in areas exposed to higher concentrations of heat, known as the urban heat island effect, due to fewer shade trees, dense housing, and roads.. 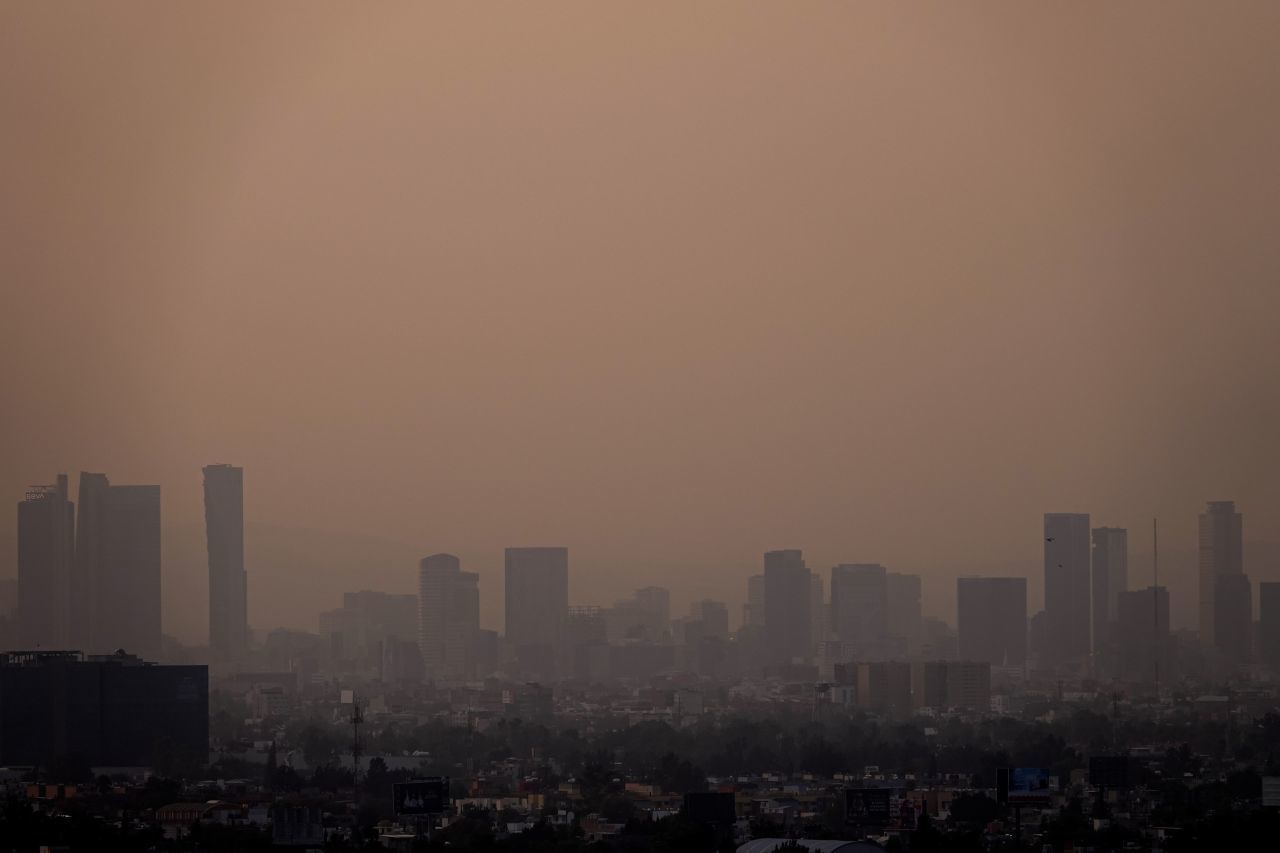 “Of particular concern are the cumulative effects of air pollution and climate change on mental health,” the researchers said (Photo: Graciela López CUARTOSCURO.COM)

These historically disadvantaged communities face more negative outcomes from severe storms such as Hurricane Harvey. “Protecting children’s health requires that health professionals understand the multiple harms that climate change and air pollution cause to children and use available strategies to reduce these harms.”Pereira concluded.

Code Red: What are the health consequences of climate change in Latin America and the Caribbean
How does global warming affect health
Climate change increases the risk of dying from heart disease