Facebook is facing what it internally describes as a “tsunami” of privacy regulations around the world, which will force the company to fundamentally change the way it handles users’ personal data. Now the problem is that Facebook has no idea where all of its user data is going toor what to do with them, According to a leaked internal document Got it by Motherboard.

Leaked Facebook documents reveal that the company has virtually no idea where user data travels after entering the system.

We have built systems with open borders. The result of these open systems is well described with an analogy: Imagine you have a bottle of ink in your hand, this ink bottle is a mixture of all kinds of user data (3PD, 1PD, SCD, Europe, etc.) pour this ink into a lake (data systems Our open) and flowing…everywhere. ActHow do you get that ink back into the bottle? How do you organize it again, so that it flows only to the permitted places in the lake? It can be read in the leaked document. 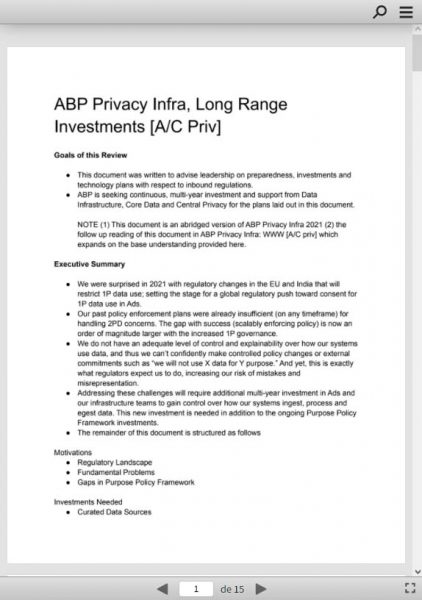 “We do not have a sufficient level of control and cannot explain how our systems use data, so we cannot make policy changes subject to external trust or commitments such as “We will not use data x for purpose y”. However, this is exactly what the regulators expect us to do, which increases our risk of mistakes and misrepresentations,” says one of the key points in the document summary.

To comply with regulations such as the General Data Protection Regulation (GDPR) of the European Union, only personal data can be “Collected for specific, express and lawful purposes and has not been processed in a manner inconsistent with those purposes”. The document reveals that while Facebook has an idea of ​​how much data is stored in its data centers, understanding where it’s going is a mystery.