“He who does not give up will perish.” With these words he addressed his people President of Kazakhstan Kassym Yumart TokayevIn his appearance, he gave the order to shoot without warning against the demonstrators who took to the streets since the beginning of this year Protesting the hike in fuel prices And they raised their voices against the Kazakh regime. This regime represents an escalation of the wave of repression sweeping through Kazakhstan that threatens to exacerbate tensions in the former Soviet republic. “What a stupid thing. What negotiations can be with criminals and murderers?” said the president, who has also led the Security Council since the start of the crisis, after relieving Nurseltan Nazarbayev, Supreme Leader between 1991 and 2019. On Friday, the Kazakh Interior Ministry reported that 26 activists were “liquidated”, 26 others were injured, and 3,811 were arrested. The authorities also announced that 18 members of the security forces had been killed and that more than 740 others needed medical assistance since the protests began.

We had to deal with bandits and trained terrorists. Therefore, it is necessary to destroy them and it will be done soon, ”said Tokayev. At the same time, he claimed that the protests were instigated by “foreign personalities”. During his speech, the President stressed that “only 20,000 thieves arrived in Almaty.” For comparison, the STO sent The collective (CSTO) has so far brought 2,500 military personnel to the country, Stanislav Zass, Secretary General of this Moscow-led military coalition, told RIA Novosti news agency.

however, The arrival of the Russian army to Kazakhstan continues. The Russian Defense Ministry reported that 75 aircraft will be used to deploy forces in the Central Asian Republic. Tokayev, 68, thanked Russian President Vladimir Putin “for his camaraderie in response to Kazakhstan’s request for support.” This is the CSTO’s first intervention since its inception in 1992 It includes Russia, Armenia, Belarus, Tajikistan and Kyrgyzstan. The parliament of the latter country on Friday approved the dispatch of the military after it postponed the decision by one day due to its unpopularity and lack of presence. quorum in the House of Representatives. According to some deputies, interference in the country’s internal affairs contradicts the spirit of the Collective Security Treaty Organization, according to which, according to Article 4 of the organization, which Tokayev activated on Wednesday night, the allies will intervene only “in the event of aggression.” “It threatens the territorial integrity and sovereignty of the Member State.”

The mission of the Collective Security Treaty Organization strengthens the protection of Tokayev and his circle from any internal threat. The head of the Russian State Duma Committee for CIS Affairs, Leonid Kalashnikov, confirmed this week that the troops will not be involved in the clashes now taking place in the streets and will be limited to participation only. Responsible for protecting “infrastructures and strategic places”.

Join EL PAÍS to follow all the news and read without limits.

Although the Kazakh government cut off the Internet, some Telegram channels were able to post pictures of massacres committed there, with mortuaries full of corpses, and protesters killed in the streets and buildings set on fire. In the early days of the protests, images of Kazakh soldiers and police were seen retreating from marches or kneeling in front of protesters. Faced with such a situation, Tokayev took a turn in the leadership: the president was impeached on January 5 Prime Minister Askar Mamin and his entire governmentAnother acting executive agency was formed under the leadership of the Deputy Prime Minister to date, Alijan Smilelov.

Similarly, Tokayev on that day also dismissed the head of the National Security Committee, his intelligence chief, Karim Masimov, and took control of the Security Council, the body that coordinates all security forces and which Nazarbayev has headed since then left the presidency in 2019 and chose the incumbent to have a dolphin.

During his speech, Tokayev accused the press of provoking protests. “Free media and foreign personalities, who are far from the basic interests of our multinational people, are instigating a violation of law and order,” said the president, who praised his 2020 reforms to limit the right to demonstrate. “It is a big step forward in strengthening democracy in our country because it is not allowed, and it is necessary to notify gatherings and assemblies. So-called human rights defenders and activists put themselves above the law and believe that they have the right to meet wherever they want and chat about what they want,” Tokayev said. “.

Coordination between Moscow and the government of Kazakhstan has been completed. At the military level, the Russian Defense Minister, Sergei Shoigu, maintains constant contact through closed channels of communication with the rest of the CSTO members, according to TASS. On the political front, Putin spoke with Tokayev “repeatedly” by phone, Kremlin spokesman Dmitry Peskov confirmed. Moreover, “Shoigo Putin is constantly informed of sending peacekeepers to Kazakhstan and carrying out assigned tasks,” Peskov added.

The Baikonur Cosmodrome is one of Russia’s strategic enclaves in Kazakhstan. The authorities reinforced security there and decreed that no groups of more than three people could form in the city (officially to avoid infection with the coronavirus). In addition, the terrorist alert level has been raised in the town of 75,000, where the space launch base employees reside, although no evacuation of the Russians is planned, according to its city council, Interfax. We ask to remain calm, to avoid panic and not to believe rumours. The situation is under control,” the local administration recommended. 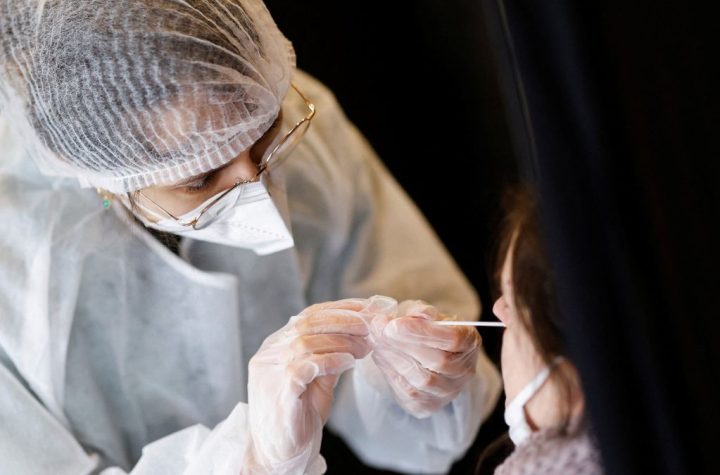