All the news in Central European Time (CET).

06:01 | Kiev stated that Ukrainian forces are maintaining their positions

Ukrainian Presidential Adviser Mikhail Podolak said today that the Ukrainian forces are maintaining their positions and the fighting is taking place “in the same places as they were three days ago.”

“We are controlling the situation in the regions of Ukraine,” Podolak said in a video released by UNIAN. Russia cannot control any Ukrainian city and you were wrong if you thought that your soldiers would be greeted with flowers.

On Sunday, the Australian government announced a shipment of weapons to Ukraine to support its defense after the invasion of Russia by Russian forces, and is studying the possibility of expelling the Russian ambassador to the border country.

Prime Minister Scott Morrison told the media today that he is maintaining contacts with his allies, the United States and the United Kingdom, to ship “lethal” materials, without specifying the amount or composition of the shipment.

04:45 | Big tech companies face the dilemma of choosing a side in the Ukraine crisis

Major US tech companies are under intense pressure to choose one side amid Russia’s invasion of Ukraine, facing opposition calls for an internationally condemned war and threats of retaliation from Moscow.

On Saturday, the Canadian government expressed “concern” about the broadcast of the Russian news channel “RT” (Russia Today) in its territory, accusing it of being a spokesman for the Kremlin.

“I share the concerns of many Canadians about the presence of Russia today on our broadcast system,” Canadian Heritage Minister Pablo Rodriguez said on Twitter.

Chinese Foreign Minister Wang Yi made a phone call to his German counterpart, Annalena Barbock, on Saturday, insisting on China’s opposition to sanctions in the conflict between Ukraine and Russia, according to a statement released by the Chinese Foreign Ministry today.

According to Wang, “China opposes unilateral sanctions that have no basis in international law” because they “will not solve problems, but rather create new ones.”

03:47 | The founder of the Japanese giant Rakuten Corporation donates $8.7 million to Ukraine

Japanese billionaire Hiroshi Mikitani, founder of e-commerce giant Rakuten, announced Sunday that he is donating $8.7 million to the Ukrainian government, calling the Russian invasion a “challenge to democracy.”

Rakuten CEO wrote in a letter to Ukrainian President Volodymyr Zelensky that the 1 billion yen ($8.7 million) donation would go “for humanitarian activities to help people in Ukraine who are victims of violence.”

03:33 | Trump: For the world to be at peace, a strong United States is needed

Former US President Donald Trump called it “brutal” and “shameful” that Russia is “killing” Ukrainians, noting that for “the world to live in peace, a strong America is needed” and not a “weak” one like the current one.

Trump spoke thus at the conclusion of the penultimate day of the Conservative Political Action Conference (CPAC), which has been held in Orlando (Central Florida) since Thursday, February 24.

More than 20 opposition organizations in Nicaragua expressed their support for Ukraine this Saturday and denounced the “interventionist motives of Russia in Nicaragua”, whose president, Daniel Ortega, expressed his support for the decisions of his Russian counterpart, Vladimir Putin.

The organizations composed of opponents stated: “We support and stand in solidarity with the people and government of the Ukrainian Republic, support their struggle for independence, and respect freedom of association with countries that we see most appropriate.” Living in Nicaragua, diaspora and exile.

Billionaire Elon Musk activated Starlink, a satellite internet service, in Ukraine after receiving a request in this regard from the Ukrainian government, which has been facing a Russian military attack since last Thursday.

The owner of SpaceX wrote on his Twitter account: “Starlink service is now active in Ukraine. More terminals are on the way.” Previously, the Ukrainian Minister of Digital Transformation, Mikhailo Fedorov, addressed Musk through the same social network to request the service.

02:12 | Cuba calls for a “serious” and “realistic” diplomatic solution to the crisis in Europe

The Cuban government called on Saturday for a “serious, constructive and realistic” diplomatic solution to the crisis that erupted in Europe with the Russian invasion of Ukraine, after criticizing the resolution on the issue submitted Friday to the UN Security Council.

“We call for a serious, constructive and realistic diplomatic solution to the current crisis in Europe, by peaceful means, in a way that guarantees the security and sovereignty of all, as well as peace, stability and security at the regional and international levels,” said a Cuban statement. Government.

01:46 | Russia’s invasion of Ukraine falters in Kiev and exposes Moscow to new sanctions

Russia’s invasion of Ukraine met stiff resistance in Kiev on Saturday and confronted Russia with a new arsenal of sanctions designed to isolate it from the rest of the world, both diplomatically and financially.

The Russian government ordered, on Saturday, to expand the scope of the military offensive “in all directions”, after the failure of an attempt to control the capital, where a complete curfew is in force.

01:26 | Zelensky welcomes the agreement to remove some Russian banks from the SWIFT system

The President of Ukraine, Volodymyr Zelensky, today thanked the agreement reached between the United States and the European Union, along with other Western partners, to remove some Russian banks from the international SWIFT system of interbank communications.

“Ukraine seems to have won the sincerity and interest of the entire natural and civilized world. The practical result: here it is, Swift. What is the meaning of this word for the Russian Federation! (It means) separation from finances a global civilization,” Zelensky said in a new video to the nation.

01:20 | Solidarity with Ukraine on the streets of the world

With rallies waving blue and yellow flags or walking the streets, demonstrations of solidarity with Ukraine and against the Russian invasion multiply around the world, from Argentina to Japan via Israel and Italy.

In the French city of Strasbourg, home of the Council of Europe, about 3,100 people gathered carrying Ukrainian flags and banners reading “Killer Putin” and “Stop the war.”

01:15 | Portugal will send weapons, ammunition and other military equipment to Ukraine

The Portuguese government announced, today, that it will send weapons, ammunition and other military equipment to Ukraine to respond to the request of the country’s authorities after the Russian invasion.

In a brief statement, the Portuguese Ministry of Defense stated that it would send to Ukraine military equipment such as “vests, helmets, night vision goggles, grenades, ammunition of various calibers, complete portable radios, analog repeaters, and G3 automatic rifles.”

01:05 | Costa Rica is monitoring the situation in Ukraine due to the social and economic impacts

On Saturday, the President of Costa Rica, Carlos Alvarado, stated that the country is actively monitoring the situation resulting from Russia’s attack on Ukraine in order to monitor incidents that may arise in terms of social and economic impact in the country.

On the instructions of the President, the government has formed an inter-institutional team with the objective of following up on the events and allowing timely decision-making based on technical parameters.

00:57 | The European Union proposes to “shell” the assets of the Russian Central Bank

With this measure, “financial transactions will be frozen and the liquidation of Russian assets will become impossible,” von der Leyen explained in a video after a meeting with the leaders of the United States, France, Germany and Italy.

00:34 | Cuba blames US and NATO for Russia’s invasion of Ukraine

Cuba on Saturday (02.26.2022) blamed the United States and NATO for increasing tensions with Russia, which in its view caused the current war in Ukraine, and called for a “serious, constructive and realistic diplomatic solution to the current crisis in Europe.” .

“US efforts to continue the gradual expansion of NATO towards the borders of the Russian Federation have led to a scenario with repercussions on an unpredictable and avoidable scale,” the Cuban Foreign Ministry said in a statement.

00:15 | US official says Russia is now a “global financial and economic pariah”

A senior US official said on Saturday that Western sanctions to exclude Russian banks from the global system and impede the central bank are making Russia a financial “pariah” with the ruble “free fall”.

“Russia has become a global financial and economic pariah,” he said, and now its central bank “cannot support the ruble.” “Only Putin can decide how much extra cost he is willing to incur,” he said, adding that the workforce would “go after” the “yachts, planes, luxury cars and luxury homes” of the Russian oligarchs. 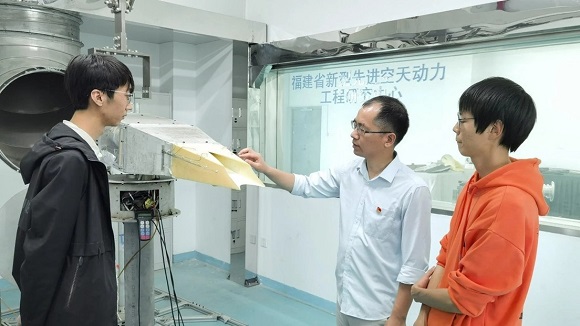