new pictures Posted in Saraba1st Chinese Forum It revealed that Sapphire is preparing new graphics mining with two RX 570s inside, to get twice the mining power with a single PCI-Express slot.

From what we see in the pictures, it uses an oddly shaped cooling fan, and since it’s not geared towards gaming, it has a single HDMI output on its I/O. Also, its power connectors are on the back of the PCB rather than the top, making it easy to connect to mining rigs, which is an interesting design decision on Sapphire’s part. 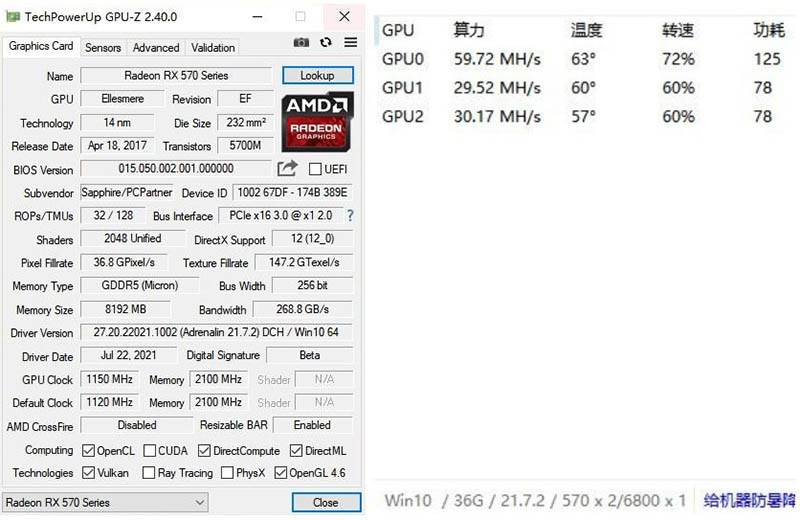 Unfortunately, there’s no information on pricing or availability since it’s just images leaked on Twitter, although this model appears to be practically ready, so we could see an official announcement soon. We will keep you posted on future news.

What do you think of this ruby ​​graphic with two RX 570 inside?