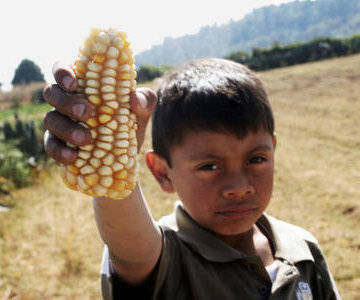 Latin America has become the region of the world where hunger has increased dramatically between 2019 and 2020 It reached its most dangerous level in the past two decades: 59.7 million people, according to a United Nations report released on Tuesday.

In just one year, the number of people experiencing hunger increased by 30%, equivalent to about 13.8 million people, according to the 2021 Regional Panorama of Food and Nutrition Security. The prevalence of hunger in the entire region was 9.1%, though. The United Nations said it was just below the global average of 9.9%.

“We must say it loud and clear: Latin America and the Caribbean are facing a critical situation in terms of their food security,” said Giulio Berdighi, Regional Representative of the Food and Agriculture Organization of the United Nations (FAO). He explained that although the coronavirus pandemic has exacerbated the situation, Between 2014 and 2020, the increase in hungry people was about 79%.

The report is a joint publication of the Food and Agriculture Organization, the International Fund for Agricultural Development (IFAD), the Pan American Health Organization (PAHO), the World Food Program and the United Nations Children’s Fund (UNICEF).

Food insecurity affects about 267 million people across the region, or 41% of the population, the United Nations organizations said in the report. This means that Four out of ten people will experience moderate or severe food insecurity in 2020, an increase of 60 million over 2019, an increase of 9%, the steepest of all regions.

“This report shows us a stark reality that we must confront head-on to alleviate the situation of the most vulnerable populations,” said Lula Castro, WFP’s regional director for Latin America and the Caribbean. “By expanding national social protection systems, for example, governments can reach out to those most in need of help to help them get through these difficult times,” he said.