Astronomical calendar for Argentina and the world

In 1960 the former football player and coach was born in the Lanus Infirmary Diego Armando Maradona, One of the greatest players in the history of football, champion with the Argentine national team in 1986 World Cup in Mexico and runner-up in Italy 1990. He starred in Argentinos Juniors, Boca Juniors, Barcelona of Spain and Napoli of Italy, among other clubs where he played throughout his career.

In 1941, the theater and television actress was born in Paraná Leonor BenedettoHe worked on “Rolando Rivas, a taxi driver” and “Rosa de Distancia”, two great classics in the history of Argentine soap operas.

On October 30, 1921, the Argentine football team won the South American championship, the current Copa America, by defeating Uruguay 1-0 with a goal from Julio Libonate at the Sportivo Paracas stadium in Buenos Aires in front of about 35,000 fans. After the match, Libonati was carried on craps to the Plaza de Mayo, where the conquest was celebrated.

In 1929 the actress was born in Buenos Aires Olga Zubari (Olga Zubiarin), one of the greatest characters of the golden age of Argentine cinema, shot more than 80 films between 1943 and 1997.

In 1938, journalist, broadcaster and TV presenter was born in the city of Bragado, Buenos Aires Hector Laria, An iconic figure of Argentine radio, which won fifteen Martin Fierro Awards.

In 1946, composer, singer, musician, actor and comedian Horatio Fontova was born in Buenos Aires, and has won three Martin Fierro Awards throughout his successful career in film, radio, and television.

The electoral victory of Raúl Alfonsín in 1983

Lawyer and former Radical legislator Raúl Ricardo Alfonsín was elected president of the nation with 51.75% of the vote in an election that marked the return of democracy after seven years and six months of a civil-military dictatorship responsible for multiple crimes against humanity and economic and social crisis.

On October 30, 1989, he passed away Pedro Vargas, a Mexican singer and actor known as “Samurai Song”. Listen to her image and songs: “She got used to me”, “Maybe, maybe, maybe”, “Who will be”, “Goodbye Mariquita Linda”, “Wait for me in heaven” and many others in the program “ Desvelo de amor ”, broadcast in 2004.

Pedro Pompilio was born in Bernal, Buenos Aires Province, on November 11, 1949, and died in Buenos Aires, on October 30, 2008. He was a famous captain of Argentine football, and was also the 31st president of Boca Juniors Athletic Club. The club, from December 4, 2007 until his death. At the same time he served as the second vice-president of the Argentine Football Association (AFA).

In 1938 American actor Orson Unleash panic in New York City when you read on the radio an adaptation of Herbert G. Wells’s novel War of the Worlds, which tells of an alien invasion that tens of thousands of listeners thought was real. The actor, who was 23 at the time, believes this story wouldn’t have any impact because it “wasn’t very credible,” but the episode is considered one of the best examples of the power of the media.

In Kinshasa, the capital of the present-day Republic of Congo, American boxers Muhammad Ali and George Foreman face each other for the world heavyweight title, a fight promoted as the “Rumble in the Jungle” (Fight in the Woods). Ali beat Knock Out in the eighth round, claiming the WBC and WBA heavyweight titles. 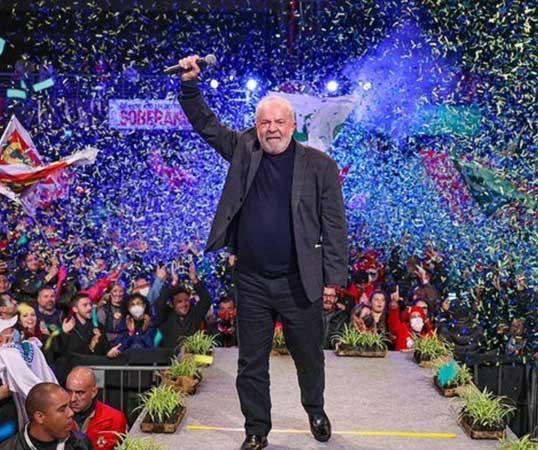