River erosion is usually a slow process on Earth, but perhaps as much as a quarter of the Martian River’s erosion is caused by fast and furious floods caused by its lakes overflowing. According to a new study on the Red Planet, raging waters carved deep fissures and stirred up large amounts of sediment.

Excess water stored in Lakes of Mars It played a crucial role in the formation of its ancient network of river valleys. Researchers from the University of Texas at Austin (USA) presented the data this week in the journal temper nature After studying the landscape of Mars in the areas where water was previously flowing.

It was known that until between 3.5 and 3.7 billion years ago, the activity of the red planet’s surface waters eroded valleys and filled its lakes, which could lead to large cracks in the terrain at the local level.

But now, the authors conclude that these floods were affected globally: not only were they significant to valley erosion due to their volumetric contribution, but they also subsequently affected the evolution of the Martian landscape in general, especially in the cratered uplands.

You can also read: Persevering rover picks up first rock from Mars

“To conduct the study, we used a global topographic map of Mars – obtained with the Mars orbital laser altimeter, The autumn- and a pre-assembled map – using a thermal imaging system, Themis– of river valleys, then a coupling algorithm to characterize the depth of valleys,” explains lead author of SINC, Tim Judge.

He continues, “From there, we manually classified the valleys as coming from a paleolaxtrin basin (formed by flooding due to a gap in a lake) or from typical branching valley systems due to runoff from the general landscape.” 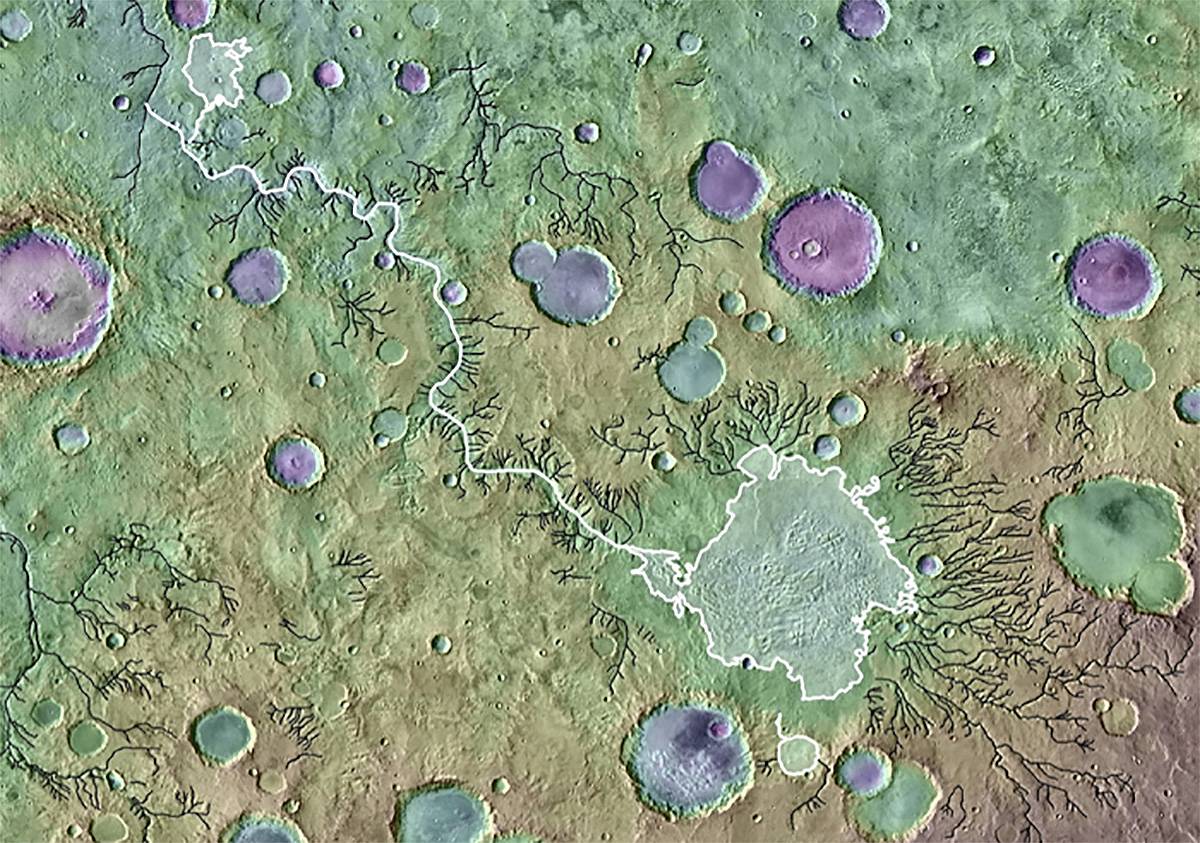 In this way, the researchers showed that the walls of water that exited through huge holes from the lake were responsible for the erosion of at least 24% of the volume of open valleys at the beginning of Mars, despite the fact that the overflow canyons in the lakes account for only about 3% of the total length of the valley.