Around the summer of 1929, Andre Jules Michelinthe successful engineer and founder of the tire brand, spent One of the worst nights of their lives. Not because of worries. Nor the heat of summer evenings on the French Riviera. Nor because of the frailty of age, who may have been at the gates of the eighty-year-old makes his sleep lighter and more cramped. No. What disturbed the famous industrialist’s night annoying rattle From the hotel train he was traveling in.

during a trip in car bed Between Paris and Cannes, Michelin found the system of wheels and metal rails used by the railways to be a nuisance. The banging, grinding of wheels running over the knuckles, the jumps, and the car’s improved suspension made the experience unpleasant. And about sleep, straight away, an unattainable dream.

Annoyed by that experience.they relate to train stories– The businessman had an idea: why not transfer the advantages of modern tires manufactured in his factory to the trains? The idea can certainly be attractive to both parties. The railways will rest and you will have the company of Andre and his brother Edward diversify your business Opening up to a new and thriving market. Not a bad prospect at the gates crash of 1929.

A dream that did not bear fruit

What the French company proposed is to pull the steel wheels in favor of a new design that includes special rims, with metal tires and rims and a kind of inner wooden ring that reduces the risks in the event of a puncture. Its creators claimed it thanks to this prototype Commitment is improved And increased the ability of the train to accelerate and brake. And all with a system that was also quieter and more shock-absorbing.

The logical thing about train tires was so some difficulties. It was the hardest of the rare rolling surfaces, which shaped its design, the weight it could withstand and even the configuration of the wagons themselves. There was also, of course, the risk of pressure deflation or loss. Despite all these difficulties, Michelin decided to move forward: in 1929 they already had a prototype Assembled with Renault 40 CV Soon after, he began a campaign to facilitate its implementation inside and outside France.

early 1932 Tested for example in the UKin LMS (London, Midland and Scottish Railways) while passing through the Bletchley-Oxford Pass. A pressure gauge installed in each of the wheels was responsible for controlling the air pressure and ensuring it remained at 85 psi. If it dropped by more than 14, the system issued an audible warning to change it to a spare wheel in a process that took barely five minutes.

“No yelling in the corners The tire life has been set at 20,000 miles (32,200 km) and the permissible wheel load is 121 cwt. As for the car, the model shown is known as a Michelin Type 9 and has a 27 HP km valve engine from Panhard and Levassor. ” Item details Published in February 1932, it was explained that the car had four front wheels with traction and six rear wheels to carry the load. 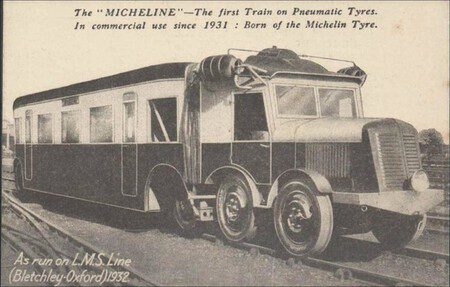 The newspapers at the time claimed Commitment was three times higher of steel wheels and it took just 88 seconds to go from complete zero to 40 mph (about 64 km/h). “The driving characteristics of the car appeared and the stability in all conditions was also remarkable” History is over From that first test.

Despite Michelin’s efforts and ability for publicity and self-promotion, the so-called Michelin Rail Car Not finished coagulation. How Colin G. Maggs in . explains thirties childhood“to LMS authorities They don’t like how it works Almost silent and they did not adopt it.” Michelins had been trading for some time on the roads of countries such as France or Mozambique. The company arrived Bring their prototypes to SpainHowever, neither of them has had much success here. 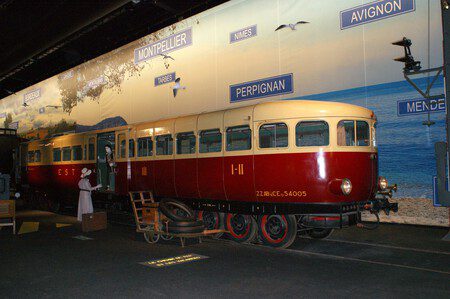 The jerky second third of the twentieth century, both in Spain and in the rest of the world, did not help to realize André Michelin’s old dream of gaining strength. And the failures of the system itself didn’t make it any easier: despite the brand’s promises, the tires wore out quickly and the vehicles had to be adapted, as the wagons require constant maintenance.

There were more exceptions and supporters than Michelin itself, of course. On Madagascar’s complex roads, effective and It can be seen circulating successfully Rubber wheeled trains. Giant in the United States pod company He set out to commit to new models and make some buggies in the 1930s. Neither of them might have been able to withdraw from the traditional system, but they did great season In the history of railways.

And they laid the foundations in a certain way for meters with tires.