I have been fortunate that my scientific career has been associated with Silva’s presence since 1959, when we founded the Pat Explorers Group in El Vedado, and turned to Antonio Núñez Jiménez, president of the Cuban Speleological Society, for guidance. In the process, Silva and Viñas appeared in our path, and later many other banners of the Cuban flag.

From the first meeting, we had in Silva, as we all call him, a teacher. Master the love of nature, in conducting systematic studies aimed at discovering the truth, and not just publishing an article. Mastering the preparation of scientific texts, with a brief and precise act, with the correct word, and with mastery of grammar like all his writings. I learned this lesson from him, and I was fortunate that he edited some of my work when he was directing journalism at the Academy of Sciences. Then we met and talked a lot, fortunately for me, during the Speleological Society’s events, during visits to the Capitol Fairs. Always he is the simple man, with a delicate expression and a modified voice, who has been given the utmost attention to the message he conveys.

During the 1980s, Silva was determined to turn the Capitol’s “Philippe Boye Science Museum” into a national museum of natural history. This task took some time, as he had to convince many that the name of the Felipe Poi Museum had already been made, in and of itself, by the University of Havana. In addition, so that the concept of the museum is transformed from an exhibition hall with museum scholars, who have done commendable work, into a research centre. In the new museum, collections of the components of nature have been created, valued, studied and exhibited to impart essential knowledge to the inhabitants.

In the process, he contacted several mature and young researchers, who were captivated by the idea and joined in the conquest of this dream. Thus I acquired Silva and she convinced me of the importance of applying geology to discovering the origins and evolution of living things, and of working in a museum. As part of this crusade, proudly talk with the teacher about the progress in knowledge of the ancient geography of the Caribbean as part of the Historical Biogeography Support.

In those times and even today, we have many times sat down to discuss theories and data on this exciting topic, especially when a new fossil record emerged and we were all pleased with what it meant for the museum and the best knowledge of science. Working near Silva was an opportunity to have a wise person on hand, with whom you could share a question at any time, and be treated as if it were the most urgent matter in life. No meeting with Silva was without passion, for he was very passionate and himself worked without haste, with great care in every detail, as if life would last a lifetime, and in his case, his existence was long and fruitful. work.

Without much fanfare or daring, I sometimes praise my work, and this is an award worth more than all the medals he has received. He was not of false opinions, even on some issues on which we did not agree, but all the argument was honest and respectful, because one of the qualities that can be learned from Silva is that the debate can be strong, the confrontation of ideas is deep, but respect for the opponent must be maintained.

See also  35 years of DeCS, the tool that facilitates the search for scientific information about health in Spain

The last few times I’ve talked to Silva, he’s been studying an aspect of bat behavior, which he’s dealt with in his work, but he wanted to dig deeper. This refers to the systematic selection of feeding areas that some species possess, following a very specific pattern. Fascinating! He would review notes on notes made for years, always following the same method. This was a basic practice for the researcher, to establish clear rules for data collection, so that the results are consistent. This is how I’ve seen him work with several colleagues, who have measured thousands of bones of both extinct and present animals, using a unique formula. Sometimes he told me he would give the same set to two people, to make sure they were doing their job properly. Sometimes, they would also give him some bones that they themselves had measured before, as a control. This is not cheating, because in this way he can prove the accuracy of the measurements. 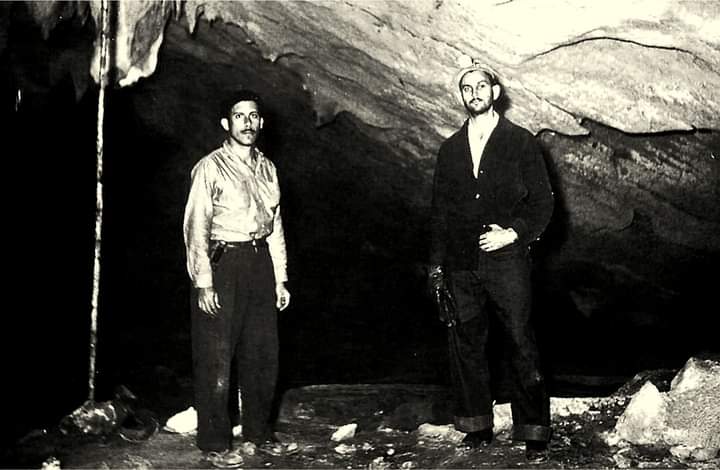 In short, how much one can speak of a man admired and learned from as a source of fresh water that satisfied our thirst for a large part of life. Luck is that upon leaving, Silva leaves a written work that must be studied in order to learn the methodology of science and get acquainted with Cuban nature. There’s also the National Museum of Natural History and the National Network of Natural History Museums, an idea he fought for and won to leave us a dream come true, where millions of visitors have learned to know and love nature. There are those who came to leave an indelible trail in their wake. There is no doubt that Gilberto Silva Tapoada is one of those enlightened ones.